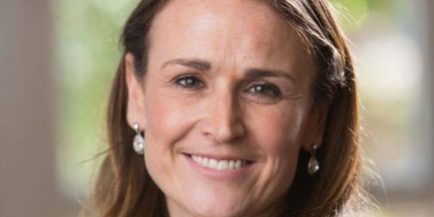 The nation’s peak science lobby has called on government to use the expected $2.4 billion in savings from changes to the Research and Development Tax Incentive to fund the creation of a new research translation and commercialisation fund.

Science and Technology Australia says in a 2021 pre-Budget submission to government that there was an opportunity for a once-in-a-generation, legacy-defining “seismic investment” in science to build the next generation of capability in Australia.

Such a research translation fund would provide a significant boost to industry-university collaboration rates – an area where Australia has consistently under-achieved – and become a vehicle to turn more university research into products and services.

STA chief executive Misha Schubert (pictured) says there is a funding gap in the existing funding mechanisms for research sectors considered of national strategic importance that are at the “nearly there” phase of development.

These would include university-based research in such general technologies as artificial intelligence and quantum computing.

STA has long argued that Australia’s successful response during 2020 to the challenges of the COVID health crisis was no fluke and was instead the result of long-term national investment in science and research infrastructure.

A next round of long-term investment was now needed to build new sovereign capability that will address the next round of national challenges. The science-based response in 2020 had also given the public the confidence that these investments delivered a return for the country.

“We think there is an opportunity here for government to seize in the next budget for a seismic investment in Australian science to really assure the capability that we’re going to need for the next crisis, the shape of which we can’t yet anticipate,” Ms Schubert said.

STA has offered two models for the proposed research translation fund. The first would redirect an expected $2.4 billion in savings from the R&D tax incentive over the forward estimates to create the fund.

This would have the added benefit of enabling money to flow into the system quickly. It would also create a new policy lever in industry development and help to alleviate Australia’s over-reliance on indirect funding support (through tax incentives) while boosting its direct support (through grants and interest-free loans).

The second option would be to endow a Research Translation Future Fund. The benefits of this measure would be to create a long-term and more stable research funding resource – just as the successful Medical Research Future Fund has done in medical research.

However, a future fund model would mean resources would not immediately be available to aid in Australia’s urgent need for economic recovery and sovereign manufacturing capability, STA said.

Ms Schubert said there was “a very clear trend” developing around the world within comparable economies of large-scale strategic investment in science and research as a key driver of both economic activity and strategic capability uplift.

“The government has repeatedly in the past year talked about the priority of building greater sovereign capability for the country, and that was reflected in some of the budget announcements in October 2020,” she said.

“It has talked consistently about the role of science and technology as enablers of job creation and prosperity. Those important public commitments would sit very neatly with a strategic, seismic investment for the next generation of capability that we need to build for our country.”

“It would absolutely bring to life that aspiration of stronger sovereign capability and stronger job creation in Australia – delivered by science and technology.”

A boost to funding for this program would help to kick-start the recovery and strengthen Australia’s sovereign manufacturing capability, the STA submission found.

The group also wants government to explore a way to reduce the brain drain of research talent leaving the financially stressed university system. It suggests offering a 20 per cent R&D tax incentive premium to companies that hire STEM professionals who have lost their jobs.