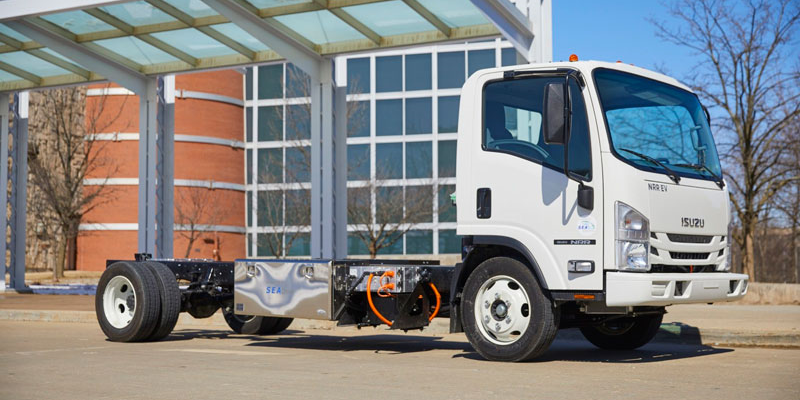 CEO Tony Fairweather said feedback on the company’s products displayed on Ford and Isuzu platforms at the ‘Work Truck Show’ in Indianapolis and ‘Advanced Clean Transportation Expo’ in April had been favourable.

He said in a statement that orders had been received for for the F-59 electric truck, which boasts 150 kW of continuous power and 2500 Nm maximum torque.

Range is 350 kilometres and batteries can be recharged in less than six hours.

He said: “Feedback in the US to our SEA Electric technology has been extremely positive with customers placing orders.”

It is also building a new facility in Victoria’s La Trobe Valley with a capacity to produce up to 2,400 complete vans, light buses and trucks annually.

As reported in @AuManufacturing, assembly of the Ford F-59 ‘Stripped Chassis’ for the US market takes place at a Ford assembly facility in Detroit, with the Isuzu version taking place at a third-party facility.

The company is also developing a Ford Transit van option which will be available mid-2019.