SKA radio telescope gets $387 million shot in the arm 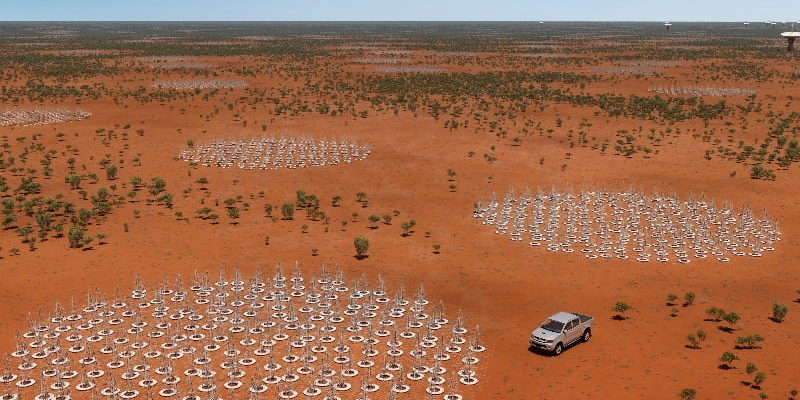 The Prime Minister Scott Morrison has committed a further $387 million to the massive Square Kilometre Array radio telescope in Western Australia’s Murchison region, including $64 million that will underwrite a new supercomputing centre.

The square kilometre array project, which was conceived in the 1990s and designed in the late 2010s, includes giant and coordinated radio telescope arrays built in both Western Australia and South Africa.

Morrison says the latest investment, although part of Australia’s existing commitments to the project, “highlights that science and advanced manufacturing are at the heart of my government’s National Economic Recovery Plan from the COVID recession.”

More than 350 jobs would be created during the construction phase of the SKA, with a further 230 ongoing positions over the 50 year life of the project.

“The ambitions we have for manufacturing in this country is built on the vision we have for science and technology,” the Prime Minister said during a visit to the Pawsey Supercomputing Centre in Perth.

“Our investment in the construction and operations of the SKA will build our manufacturing capacity within the highly-skilled technology sector and enable major scientific breakthroughs to be made right here in Western Australia.

“The SKA will help our scientists make more discoveries than we can imagine today. Whether it’s better understanding the origin and future of our stars and galaxies to how gravity works across the universe.”

Australia will build and host the low-frequency part of the telescope (SKA-Low), which includes up to 131,072 individual SKA antennas, shaped like Christmas trees. The mid-frequency element (SKA-Mid) will be hosted by South Africa.

The newly-appointed Minister for Industry, Science and Technology Christian Porter said onshore processing of data – which is expected to be at the Pawsey Centre – presented opportunities for Australian organisations and scientists to build capability in managing vast data sets and extracting meaning.

The construction phase of the SKA was an opportunity for local SMEs, he said.

“As well as creating hundreds of local jobs, our economic modelling indicates the project will attract an estimated $1.8 billion in foreign income flows into Australia as a result of the SKA’s first 30 years of operations.

“Our funding includes the provision of fibre-optic connectivity to communities near the SKA, which is at CSIRO’s Murchison Radioastronomy Observatory.

“This high-speed connection will support local economic development while reducing radio interference around the telescope.”

This article first appeared in InnovationAus