According to a statement from 5B on Tuesday, it will employ 20 staff from IXL, as well as take on the Salisbury facility of IXL, which has been making 5B’s ground-mounted Maverick solution since 2018.

“The IXL Solar team joining 5B will…  reinforce the manufacturing outcomes of our 5B Maverick technology at gigawatt-scale for our customers and 5B Ecosystem Partners – including in terms of time, cost, quality, safety and sustainability,” said 5B CEO and co-founder Chris McGrath (pictured.)

“IXL, who established IXL Solar, has been on the forefront of Australian manufacturing for over 160 years, and bringing to bear their experience more fully on our technology will facilitate another step-change in product and process innovation, especially as we spearhead into advanced manufacturing and continue to build our global gigawatt-scale supply chain.” 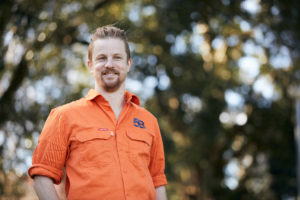 IXL Solar has been manufacturing solar frames since 2012.

Chairman Rob Blackwell said IXL has developed an increasingly important relationship with 5B over the years as a client, and was now invested in 5B’s success by becoming a shareholder.

“We have supported their growth and ambitious pipeline to supply some of the world’s largest gigawatt-scale solar projects,” said Blackwell.

“We see this transaction as an opportunity for our staff to grow and succeed with 5B, and take Australian innovation to the world.”

Sydney-based 5B completed a $12 million “pre-series B” round this year, and is reportedly seeking between $30 million and $50 million in a series B round to invest in building its supply chain, technology development, and manufacturing capacity, and to train its partners.

According to a report in Renew Economy from August, 5B’s orders grew “more than 500%, year-on-year, from a base of 50-plus customers across five countries.”

Last month the Australian Financial Review reported that 5B had taken out an additional lease of 11,800 square metres at Mascot to support its expansion, including space for pilot manufacturing, R&D workshop and a “proving ground.”

Since its first installation in 2017, the company counts 52 completed projects, representing 32 MWp capacity and 1,262 of its Maverick arrays. One of its current high-profile projects is Sun Cable’s 20GW Australia-Asia PowerLink project in northern Australia.

Maverick is a rapidly-deployable, ground-based array of up to 90 solar panels.