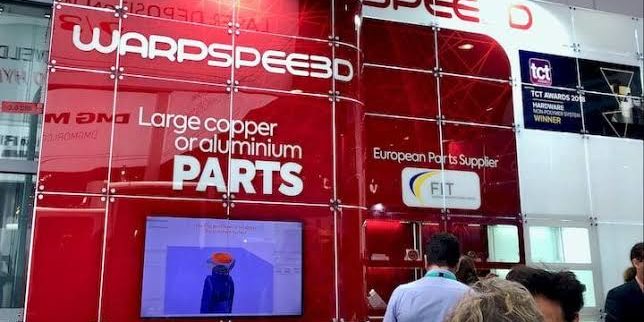 A 12-month trial between the Australian Army, Charles Darwin University and 3D printer manufacturer SPEE3D has been launched, and will provide training to soldiers for “3D printing in the field.”

A release from CDU said it would deliver training to 20 Darwin-based soldiers, mostly from the 1st Combat Service Support Battalion (1 CSSB), to design and make parts on SPEE3D’s Lightspeed machines. SPEE3D is an Australian maker of cold spray-based metal additive manufacturing machines, which build up solid objects by high-speed deposition of powders.

“This partnership with CDU and SPEE3D shows that we as an army are looking to the future and embracing advanced technologies to speed up our processes,” said Lieutenant Colonel Kane Wright, the 1CSSB’s commanding officer.

“At maturity we see it becoming an essential enabler that will redefine how logistics is employed to support our dependencies on the future battlefield.

“This will reduce the requirement to deploy with bulky holdings of multiple repair parts, hence increasing mobility and survivability and reducing time waiting for new parts to create greater resilience in the supply chain.”

Initial training will be delivered over a 10 weekly sessions at CDU’s Casuarina campus, and involve non-safety critical parts. Soldiers would be trained in “everything from the fundamentals of design, 3D modelling, and printing, to the testing and evaluation of developed parts.”

The federal government was supporting the program through a $1.5 million investment, said a release from defence industry minister Melissa Price.

The news follows an announcement in November of $1.5 million in federal support to pilot SPEE3D machines for Navy patrol vessel maintenance, also delivered with CDU as a partner.