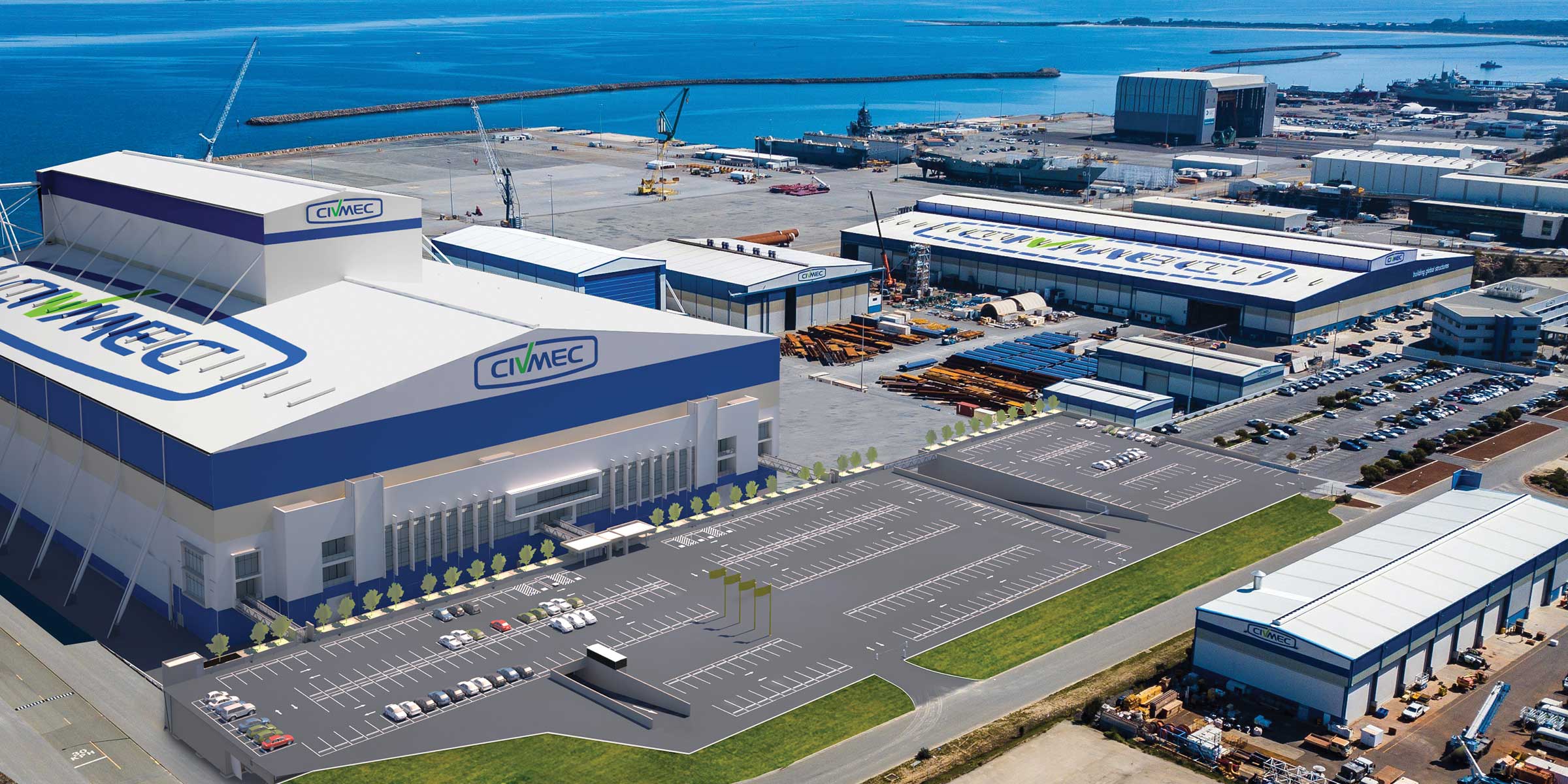 The first sod has been turned at the new $12.5 million Submarine Rescue Facility, to be built by listed heavy engineering company Civmec at the Australian Marine Complex in Henderson, Western Australia.

The one-hectare site on Stuart Drive would, “house a rapid launch and recovery system, hyperbaric treatment unit, and maintenance training and testing infrastructure with a seven-metre deep pool,” according to a statement from the WA government.
The Indian Ocean’s new SRF would begin operating in 2022, require 40 new jobs to construct, and employ 55 when open. It will serve as a base for all Australian submarine rescue operations, and be capable of supporting other nations’ rescue efforts in the region.
Civmec has its beginnings in the resources boom, and recently announced work on Rio Tinto’s Mesa A iron ore hub, occupying 200 staff at the company’s Henderson base and 240 on site supplying, fabricating, modularising, transporting and erecting structural, mechanical, piping, electrical and instrumentation and communications systems.
A year ago it completed an 18-storey ship construction hall at Henderson, which will build 10 offshore patrol vessels for the federal government.
Picture: Civmec
Subscribe to our free @AuManufacturing newsletter here.
By EditorJune 4, 2020
Share this post
Share on FacebookShare on Facebook TweetShare on Twitter Share on LinkedInShare on LinkedIn Pin itShare on Pinterest Share on WhatsAppShare on WhatsApp