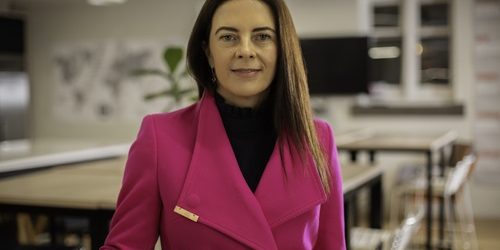 Fox joined Swinburne in 2015 — as the head of its Factory of the Future — from Deakin University. Following a Directorship of its Manufacturing Futures Research Institute, Fox has been Deputy Vice-Chancellor, Research and Enterprise since February 2020.

The university praised her “strong reputation for bringing together researchers from across scientific domains, integrating digital capability and working with industry.” Vice Chancellor Professor Pascale Quester added that she had helped position Swinburne “at the forefront of advanced manufacturing.”

Fox described re-joining CSIRO — where she began her career as a research assistant in the 1990s — as a “complete circle.”

“I am passionate about championing science research and capability, as well as working with industry and fostering STEM careers,” she said.

“I am grateful for my time at Swinburne and proud of what we have achieved. I am confident that Swinburne will continue to bring people and technology together to build a better world and cement their leadership position in the technology and education sector.”

The exact time of her departure was not given, and Swinburne said she would remain there the “next few months to ensure a smooth transition.”