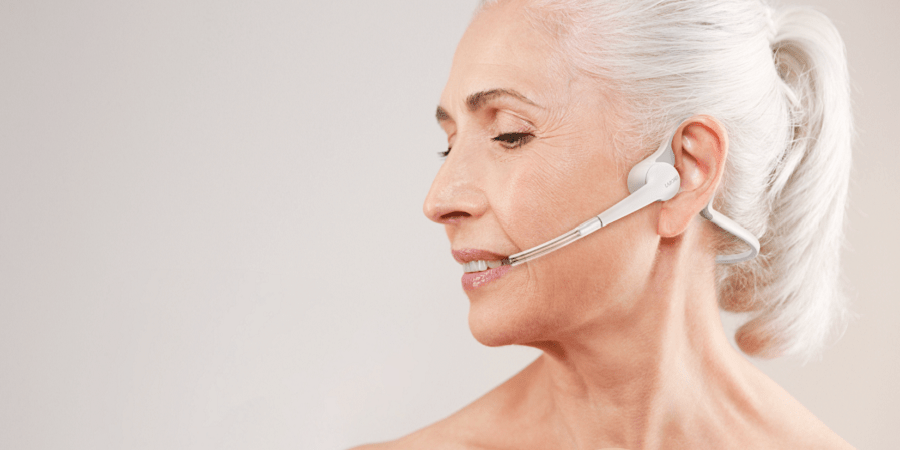 Various kinds of bionics have been and are being developed to restore function. The standout Australian contribution so far has been Cochlear’s hearing aid implant.

It’s something to look up to, says Dr Farzaneh Ahmadi, CEO and founder of bionic voice startup Laronix.

“One of our hopes is to sort of go the way that Graeme Clark has done for the bionic ear,” she tells @AuManufacturing.

“He is an inspiration to us.” 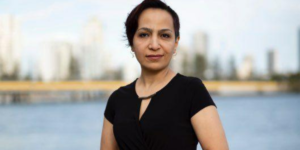 For lost hearing, there is an answer. For a lost voice, a chief problem post-laryngectomy, there are answers, too, though they’re generally decades-old and not very good.

Laronix hopes to displace devices such as the electrolarynx, the first portable version of which goes back to the 1950s.

The electrolarynx produces an intelligible though robotic voice. It works, but people are less forgiving of artificial speech versus, say, artificial limbs, and social interactions can be awkward.

“We are much less patient around the quality of the voice,” explains Ahmadi, whose research has focussed on creating natural-sounding speech since her PhD at Singapore’s Nanyang Technological University.

It’s a tricky engineering problem to unpack, she adds. The larynx is hard to get to and its functions difficult to measure. The vocal folds are continuously being moved, like the strings of a guitar during a song, by signals from the brain. Should these impulses be measured and understood, or is the answer in the folds?

“For more than 30 years, people who are much more brilliant than I am [have] tried resolving these problems but they couldn’t. And we did the same,” she explains.

After moving to Australia as a postdoctoral researcher in 2013, Ahmadi decided to ignore the brain and the larynx and instead focus on the breath, borrowing from the pneumatic artificial larynx. 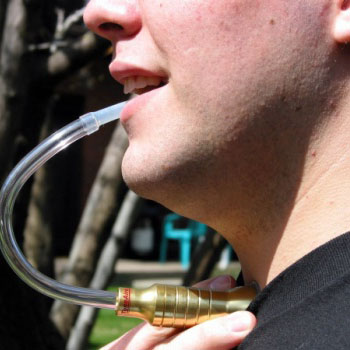 The “Tokyo Larynx” is a whistle-like device (left) that uses breath from a surgically-created hole in the neck (stoma) and produces audible speech, but comes with its own issues such as invasiveness and possible infections. Ahmadi’s Bionic Voice is based on this “old school” approach, but with a modern twist.

From a proof of concept Bionic Voice in 2018, developed as a researcher at Western Sydney University, she formed Laronix, which has moved past an MVP, a first seed round last year, and was awarded an Accelerating Commercialisation grant of $551,100 last week.

The company is commercialising a wearable device including a sensor worn on the stoma. Signals from this are digitally processed into high-quality voice.

Laronix is using industrial design and contract manufacturing companies in Sydney and Melbourne.

Ahmadi says that the skills exist to manufacture the devices here, and that the talent pool of audio processing specialists in Australia is surprisingly strong.

“There are products here like Nura and Nuheara, these are examples of projects that have been successful… that have trained a workforce we’d also tap into,” she says, adding that certain speech scientist workers are harder to locate.

“In terms of AI, we don’t have that much trained talent in Australia… This part would require us training the workforce somehow. But then we hope that that education stays in the system and basically nourishes the rest of our development.”

The path ahead involves showcasing the invention, winning endorsements from opinion leaders in the field, and another seed round to fund recruitment. There is currently a strong demand for all kinds of solutions to unconvincing computer-generated speech.

“We want to be a home for deep fake, voice cloning technology,” Ahmadi says.

“The software capabilities of this technology are quite huge… So we wanted a lot more on that domain, and that would be contingent on the seed round raise.”