The Morrison government is set to finally announce a 2050 net-zero commitment. Here’s a ‘to do’ list for each sector 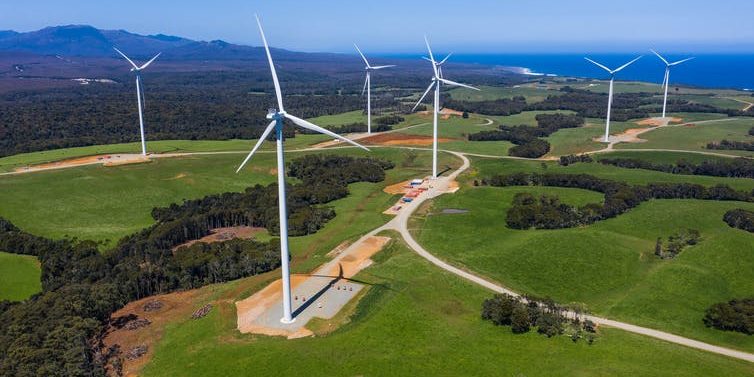 Prime Minister Scott Morrison has finally struck a deal with the Nationals and is expected to take a pledge of net-zero greenhouse emissions by 2050 to the Glasgow climate conference. So what must Australia do to actually meet this target?

ClimateWorks has worked with CSIRO to assess the pathways each sector of Australia’s economy can follow to reduce emissions, and identified a sector-by-sector “to do” list.

The electricity sector should be a main focus, given Australia’s world-beating renewable resources and the role zero-emissions electricity can play in all sectors. Big improvements are also needed in transport, industry, agriculture and buildings.

However it’s important to note that reaching net-zero emissions by 2050 is not consistent with the most ambitious end of the Paris Agreement – limiting global warming to 1.5℃. If Australia wants to act in line with that goal, it has to reach net-zero emissions by 2035. That would mean rolling out the measures outlined below with even greater urgency. 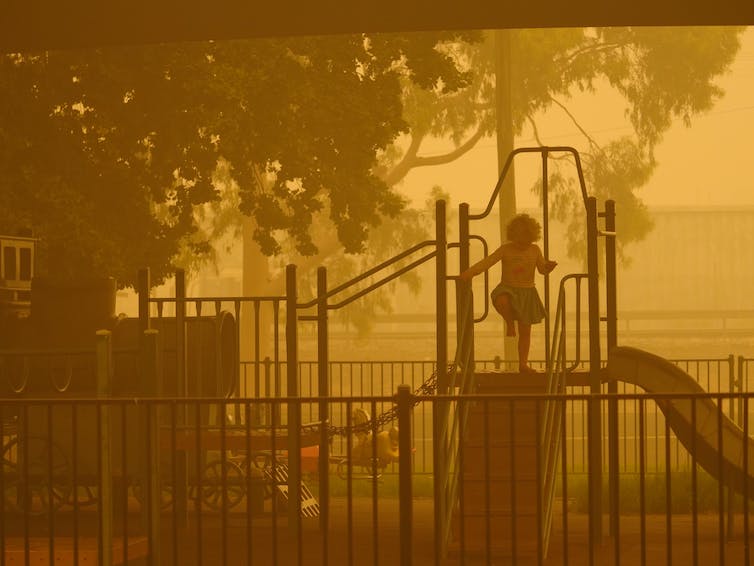 Climate change is increasing the frequency and intensity of disasters.
Shutterstock

Cleaning up the electricity sector

The rapid rollout of renewable energy means the electricity sector is changing rapidly. But it still accounts for around a third of Australia’s greenhouse gas emissions.

Electricity sector emissions must be brought to near zero by the mid-2030s if Australia is to meet a target of net-zero emissions by 2050. This would help slash emissions not just from the energy sector, but in other energy-intensive sectors such as buildings, transport and industry.

Achieving net-zero emissions nationally by 2050 means roughly doubling the amount of electricity our grids produce in the next couple of decades, to allow for electrification in other sectors.

Australia could do more to export its extraordinary wind and solar resources to the world – through producing green hydrogen and ammonia, and perhaps even by undersea cable. This could see coal and gas exports replaced with green hydrogen.

Renewable energy could also be used to power energy-intensive processes such as aluminium smelting, and the production of so-called “green steel” for use at home and abroad.

Improving energy efficiency across all sectors ensures renewable energy resources do not go to waste – making the transition cheaper.

And Australia’s electricity sector should be subject a clear zero-emissions goal, to provide clarity to investors and policymakers.

A net-zero goal implies some emissions are allowed to continue, as long as they are offset elsewhere. But those offsets should be saved for other sectors where a ready solution to emissions reduction is not yet available. 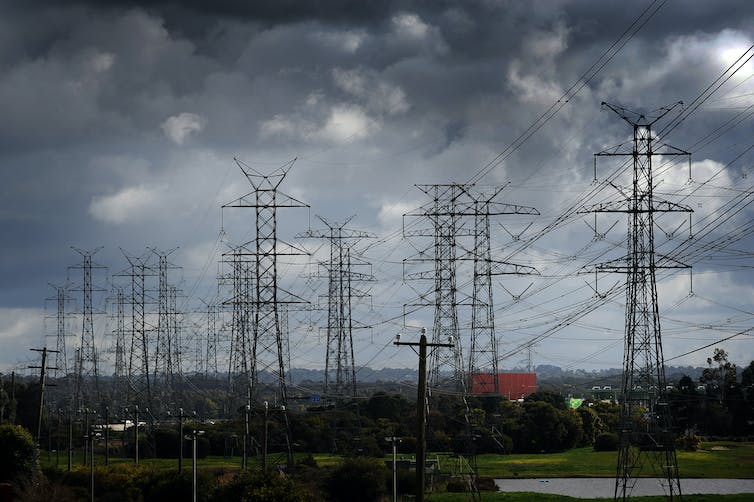 Industry emissions are around one-third of Australia’s total from non-electricity sources. Industry’s share of electricity use accounted for another 15%.

Australia’s industry sector stands to benefit from a net-zero global economy. We have world-beating resources of critical minerals required for renewable energy technologies, including copper, nickel, lithium and cobalt.

Our work shows industry emissions could be halved from 2005 levels in the next decade, using existing technologies to make deep reductions, through:

This requires investment. Net-zero plans for sectors and regions would help government, businesses and investors understand what’s needed when, and to direct funding accordingly. Such roadmaps could be produced by governments or industry – or ideally both.

And existing public investment can be better coordinated through regional industrial clusters. 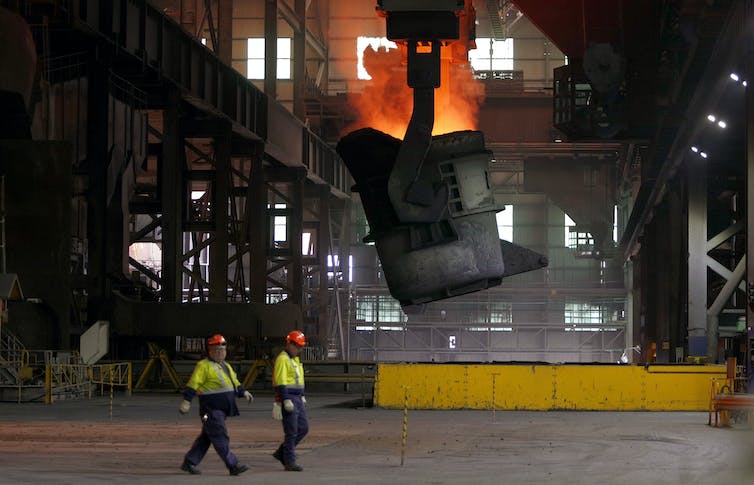 Australia has the potential to produce ‘green steel’.
Daniel Munoz/AAP

Transport emissions are around a fifth of the national total. We can act now to transition to clean, efficient transport, while reducing pollution and improving health. Examples include:

By the end of this decade, our analysis found, we could see:

So what’s needed to get there? For a start, Australia should join 80% of the global car market and introduce the Euro 6 vehicle emissions standard. 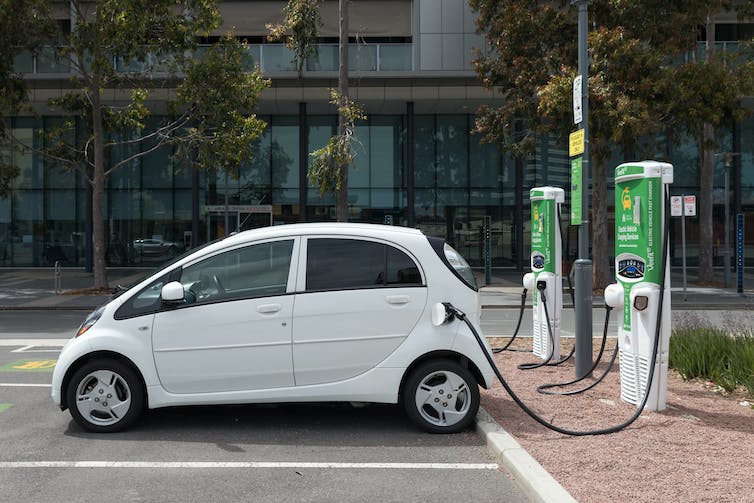 Buildings are the source of around a fifth of Australia’s emissions when electricity use is taken into account.

The sector can reduce emissions by nearly three-quarters by 2030 by:

Under this scenario, residential buildings would be half as energy-intensive, and commercial builds a quarter less. This saves money for occupants and improves comfort and health.

These changes could be driven by greater ambition in building codes for new buildings and renovations, energy-efficiency standards for rentals, and retrofits for social housing. 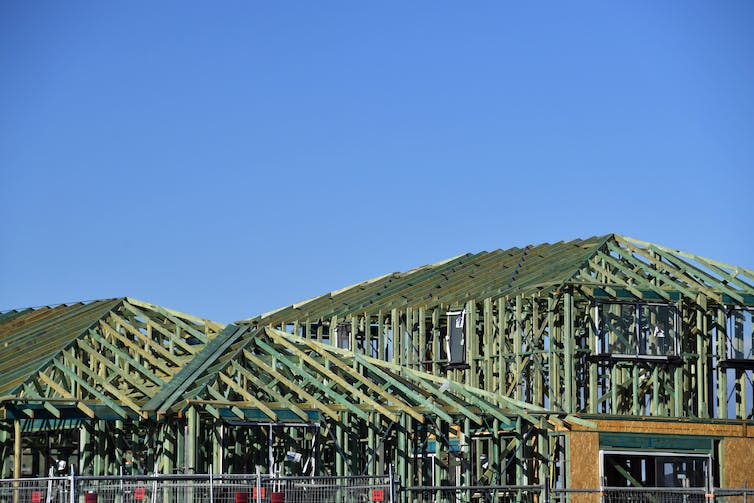 The changes could be driven by greater ambition in building codes.
Mick Tsikas/AAP

Agriculture emissions are around 13% of the total, but only 8% if land use (such as forestry) and land use changes are included. This is because the land sector is different to others. While agriculture itself creates emissions, many land-based activities can store carbon through improvements in vegetation choices, soil management, tree planting and revegetation.

Our work shows not only can agriculture halve emissions, but carbon sequestration can also increase to around four times current levels. Actions include:

Governments have a big role here. Funding is needed for agricultural research and deployment focused on the net-zero goal. Stewardship payments to land managers can encourage them to conserve biodiversity on their lands. And existing support for carbon farming should be increased, for instance through the Emissions Reduction Fund.