Titomic and Repkon to make gun barrels, but not locally 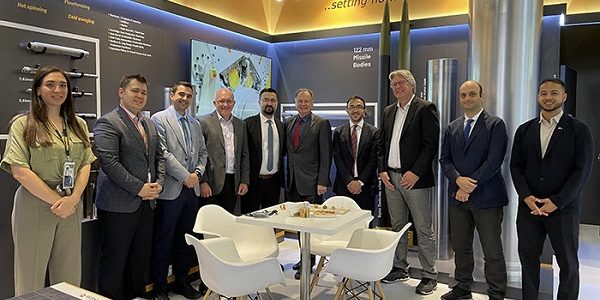 However disappointingly, the facility will not be built in Australia as originally announced.

When first revealed in @AuManufacturing a year ago, the hybrid additive manufacturing, flowforming facility was hailed by Titomic as an addition to Australia’s defence industry readiness.

However, now hailed by the JV partners as a ‘world-first’ facility, it will be located in Turkey and utilise Repkon’s Free Flowforming continuous cold forging, and the Titomic Kinetic Fusion advanced metal 3D printing process.

This offers reduced lead times, diverse and unique material compositions and capabilities, reduced weight, and improved performance, according to a statement.

Titomic will also sell consumables (metal powder) into the JV and receive a share in profits from barrel sales.

“With its ability to utilise the combination of two innovative processes in barrel manufacturing, the facility will lead the production of next-generation barrels with tailored performance characteristics for specific applications and missions. It opens up a world of many design features for barrel manufacturing which were not previously possible.”

The two companies have an expectation that further JVs will eventuate in the defence and aerospace sectors.

As announced in December 2021, Repkon became a strategic investor in Titomic through a $2.5 million investment.