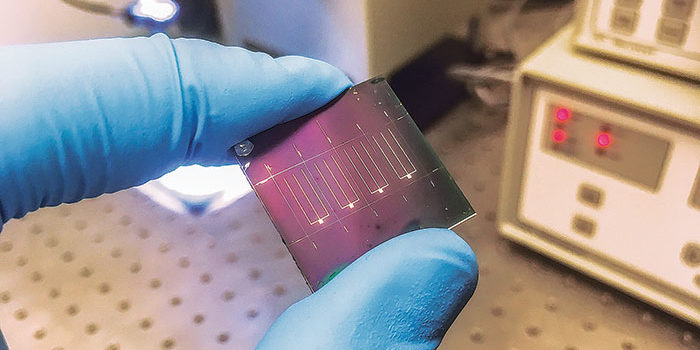 A University of NSW solar energy researcher has received an Australian Academy of Science honorific award for her world record-setting work in environmentally-friendly semiconductor cells.

Scientia Associate Professor Xiaojing Hao is an early-stage researcher and has previously received awards including being named one of the country’s most innovative engineers by Engineers Australia, a Prime Minister’s Prize for science last year (Malcolm McIntosh Prize for Physical Scientist of the Year), and the 2018 NSW Premier’s Prize for Science and Engineering (Energy Innovation in NSW).

Hao’s work is on kesterite solar cells. Kesterite is a non-toxic compound of copper, zinc, tin and sulfur, materials that are also abundant in nature. Her team has set four world records using thin film photovoltaic cells, with a current efficiency level of 11 per cent.

“I am fascinated by powering our cities with sunlight, empowering as many surfaces as possible to generate clean electricity,” Hao said in a statement.

“We are extracting the full potential of green thin-film solar cells, making them as efficient as possible and integrating them with different types of surfaces for various applications, like flexible steel, rigid glass or simply added onto silicon to squeeze more electricity out of sunlight.”