We must make bold bets and take risks: Andrew Liveris 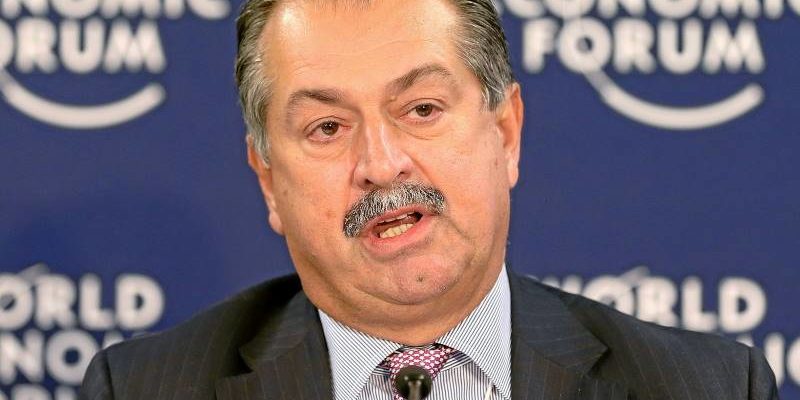 Andrew Liveris has urged Australian scientists and engineers to form tighter relationships with industry as part of a long overdue revamp of the national economy and approach to innovation.

In a speech to the Australian Academy of Technology & Engineering on Wednesday, Mr Liveris outlined a series of problems in Australia, ranging from a focus on unrefined resources and an overreliance on China to a lack of targeted innovation policy and incentives for local venture capital.

All had contributed to an Australian economy trending downward in complexity and a nation lacking innovation ambition, the former boss of The Dow Chemical Company and architect of Australia’s current manufacturing strategy said.

“Our trajectory confirms an economy that relies on digging and shipping its natural resources efficiently, but adding no value to them [and] leaving those profits to other countries,” Mr Liveris said.

“An economy that is not adding value to make things for export to global markets is one that is not using the skills of its people effectively. The [low] level of complexity means that there is now a mismatch between what Australians can do and what the nation needs them to be able to do.”

Correcting the course would require bold bets and risk taking from policy makers, Mr Liveris said, pointing to the federal government’s $1.5 billion Modern Manufacturing Initiative (MMI) as the “ecosystem” which would drive a more complex economy.

Mr Liveris and others developed the MMI as Australia’s key economic response to the pandemic, prioritising six manufacturing areas and targeting hundreds of millions of dollars to each of them through government grants and incentives.

Developing these ecosystems will build a sovereign capability but also attract foreign production and investment to Australia, which would lead to more research and development, public-private partnerships and commercialisation in a virtuous cycle that drives a greener and more complex economy, according to Mr Liveris, who led a similar manufacturing initiative for the Obama administration.

“This [MMI] strategy is about building sectorial strength that will endure,” Mr Liveris said.

“The world’s leading nations are sitting at around industry. 4.0…the Australian industry is regarded by many around the world as hovering around industry 2.0 and some might argue maybe as industry 3.0.”

“Our opportunity is to hop skip and jump over industry 5.0.”

Australia’s scientists, engineers and technology developers to lead the way in this change, Mr Liveris said, through their research and partnership with business.

He used the example of the opportunity to refine the rare earth materials used in batteries in Australia rather than simply exporting lithium, nickel and other rare earth minerals, noting this market alone is expected to be worth $400 billion by 2030 — eight times the revenue generated by coal exports in 2020.

Mr Liveris chairs US-based electric vehicle company Lucid Motors, a Tesla competitor which last month listed on the US stock exchange and is planning on launching its first vehicle later this year.

In his address, Mr Liveris noted with himself and Tesla chair Robyn Denholm, Australians now sat atop two of the world’s leading EV companies. Ms Denholm has previously said Tesla alone will consume more than $1 billion of Australian critical minerals for Tesla car batteries and motors.

Former chief scientist of Australia Ian Chubb said Australia’s lack of innovation ambition was tied to the relative ease the nation had in growing its GDP for nearly three decades and the influence of economists on policy makers.

“It’s minimised by the fact that we are risk averse and not risk assessors and managers almost instinctively,” Professor Ian Chubb said during an ATSE webinar following Mr Liveris’ address.

“I think the reason for that is that we’ve been able to dig it and ship it. We haven’t had to work hard to get our GDP where it has been.”

According to Professor Chubb, who served as Australia’s chief scientist from 2011 to 2016, economists have had too bigger say on Australia’s future and have resisted “picking winners” with the comfort of steady economic growth.

“Here, if you use that [picking winners] you just get a shellacking from a bunch of people who wouldn’t know a winner if they fell over one,” he said.

“But they have access to something that gives them a soapbox.”