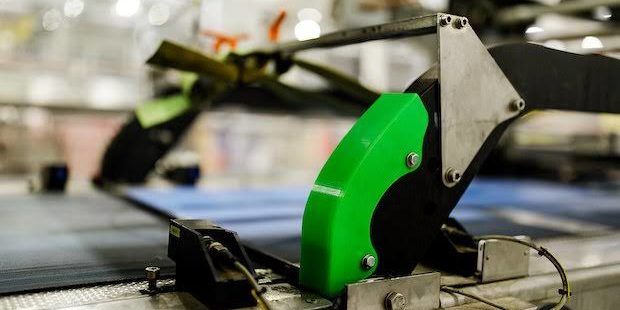 As the market for additive manufacturing has exploded in recent years, so has the range of solutions available. Driven by a need for answers to various limitations, a proverbial 1,000 flowers have bloomed among machine providers.

Newer techniques inspired by metal injection moulding, jetting with binders, and fast curing of polymers using light and oxygen have been among attempts to improve on older additive techniques. Two of the most popular AM methods date back to the 1980s – fused deposition modelling (FDM, which is also known as fused filament fabrication, FFF) and stereolithography. 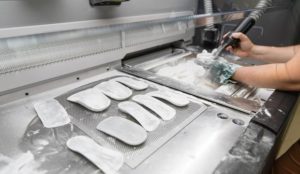 One Australian company, iOrthotics – a maker of custom shoe inserts – is a case study in how a move from FDM to a newer additive technology (Multi Jet Fusion) enabled it to create better, stronger parts, more quickly, and to reach new markets as a result.

FDM, which melts a spool of thermoplastic and lays it down into a new shape, layer by layer, was pioneered by Stratasys, which sold its first machine in 1991. It’s proved a highly useful technology. However, it comes with the limitations of energy-hungriness, and parts made of standard materials like ABS and PLA are generally brittle and can take hours to print (depending on their size and what kind of speed vs accuracy tradeoff the user employs.)

Since the foundation patent expired in 2009, a vast number of companies have taken the FDM technique and run with it, and sales have taken off.

Nowadays it’s common to visit a factory and see an array of FDM printers in use. And despite the growing number of printing options available, you’re not going to replace layer-by-layer polymer printing any time soon, believes Ben Tan, Vice President of Asia Pacific at Ultimaker. 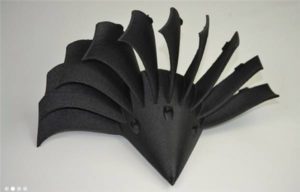 “In today’s context, if you look at the studies from different groups like Gartner and PWC and whathaveyou, almost 70 per cent of 3D printing is still done in polymers today,” Tan tells @AuManufacturing.

“And because they are using polymers, FFF is the most effective and also cost-effective way of replicating 3D parts. As a result of the wide usage and low cost, FFF is really the preferred way of dispensing polymers. But the difference is really because FFF is basically almost similar everywhere. The real differentiator is the material.”

Dutch-headquartered Ultimaker was formed in 2011, and has sold over 125,000 printers since. Since Tan joined the company in May last year, global headcount has grown from 300 to more than 400. Its open source Cura slicing software is used for over 1.4 million print jobs a week.

Its focus is on enterprise-quality 3D printers at prices within the reach of SMEs. Its recently-released Ultimaker S3 machine, for example, retails for a little under $8,000.

“What we see are three different types of users. You have the champions: individuals or organisations or size of the SME plus who are looking at exploring 3D printing in their day-to-day usage or in their manufacturing environment,” Tan explains of adoption.

“And then secondly, we have the slightly better, highly-skilled people who are able to lead a competency centre. People who are really professional users. And last but not least, we are looking at really huge installations of 3D printing as distributed manufacturing.” 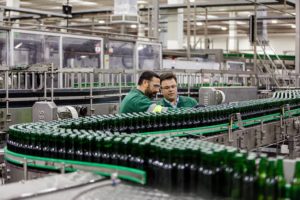 He adds that nowadays, jigs, fixtures and other end use parts are what people are making. This has stepped up the need for new materials with better performance, rather than merely being fit for producing models. The company likes to highlight its machines’ use at Heineken’s Seville factory, producing parts used on bottle and can production lines, and used as safety latches.

“The days of having additive manufacturing just purely for prototyping are basically ancient. Those are dinosaur days,” adds Tan.

Another recent addition was a bundle for the company’s Ultimaker S5 printer (at just over 17 grand) including an air manager for filtering ultrafine particles, and a new material station for holding up to six filament reels and automatically changing them when one runs out. According to the company, this is enough for 27 days’ operation, running unattended at all hours.

Staying relevant to manufacturers is also a matter of constantly offering new materials.

“Material science is still trying to catch up with the printers,” adds Tan. Ultimaker has partnerships with over 80 chemical companies, such as Henkel, DuPont and Mitsubishi Chemical, offering feedstocks and print profiles for these from third-party companies.

Tan says there are over 70,000 stock-keeping units currently on offer due to to the Materials Alliance program, introduced last year. Polymers augmented with chopped carbon and glass fibres, chemically-resistant polypropylenes and fire-retardant nylons are among newer offerings. 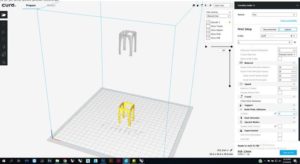 As for the future of FFF/FDM and whether or not the company will eventually move into other production methods, Tan says nothing would ever be ruled out, and it depends on what end users demand.

The barrier to producing a printer that can melt and deposit plastics is low, but that’s not the case for creating one with the necessary reliability and accuracy, an ecosystem of high-quality materials suppliers around it, and user-friendly integration with newer add-ons. For years it’s been possible to buy cheap desktop FDM printers at Aldi. Does this mean it’s something you’d use for important jobs? Not exactly.

“It’s something that we do and we do very well: We [have built] our brand and our reputation around FFF. So for now, I think for the short-term, it’ll still be FFF,” Tan says.

“If there is enough demand from our end users, I think, ‘why not?’ But for now I think the focus is still FFF.”