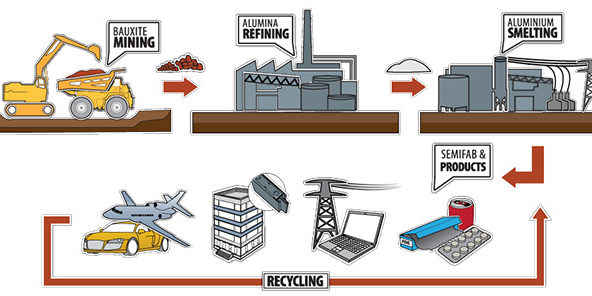 Alcoa’s Michael Gollschewski has been announced as the new President of the Australian Aluminium Council, coinciding with what he says is an exciting and challenging decade ahead for his industry.

Australia was well-placed to serve a growing market for aluminium, as the biggest producer of bauxite and of — outside of China — alumina.

“But the carbon and energy transition will not be easy, and the Council will maintain its focus on constructive engagement on issues that affect the international competitiveness of Australia’s aluminium industry,” Gollschewski said in a statement.

The material was Australia’s highest-earning manufacturing export, added Gollschewski, and it was uncommon that a country could command the entire value chain, from raw material to extruded aluminium.

“Aluminium is one of the few commodities where you can buy a product, such as solar racking, a window frame or a pool fence and know that it was entirely made here in Australia, originating from Australian ore and with value-added mining and manufacturing processes creating local jobs at every step,” he added.

Gollschewski is Vice President Operations in Australia and President of Alcoa Australia. He replaces Kellie Parker as head of the AAC, following her promotion to CEO of Rio Tinto Australia.