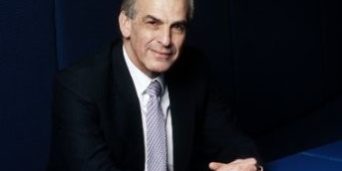 The Academy of Technology and Engineering (ATSE) has expressed ‘serious concern’ at the Australian government’s decision to limit the scope of Round 10 of the Cooperative Research Centres programme’s CRC-P Grants.

Academy president Professor Hugh Bradlow said Canberra should address concerns raised earlier in the week by by ATSE Fellow Dr Tony Peacock who is head of the CRC association.

Peacock was critical of Canberra’s decision to restrict the programme to smart recycling projects and slash funding in half to $10 million.

Bradlow said ATSE encouraged the Government to fast-track the third CRC-P funding round for this year with the previously flagged amount of $20 million, ensuring the funding allocation is as broad and open as in previous rounds.

“Projects empowered through this program are driven by Australian businesses and produce tangible and often immediate economic benefit by growing new industries and creating jobs.”

ATSE was an instigator of the CRC-P programme.

“While ATSE applauds continuing investment in research and development in waste and recycling, we also recognise this is not the only national priority.

“In the past, priority areas of research for the CRC-P have attracted additional Government investment rather than curtailed opportunities for the broader remit of the programme.”

The Government’s cuts come as business investment in research and development in Australia is declining.

The government did cut $2.4 billion on spending on the research and development tax incentive in its last budget as part of ‘reforms’.

Bladlow said: “If not corrected, (this) will likely have a long-term detrimental impact on Australia’s ability to recover from the current COVID-19 pandemic and build our resilience in the face of future crises.

“An immediate further and broad-ranging round of funding for the CRC-P would do much to rehabilitate this crucial component of a resilient and growth-enabled economy.”