Austal could build modules for US, Australian nuclear submarines 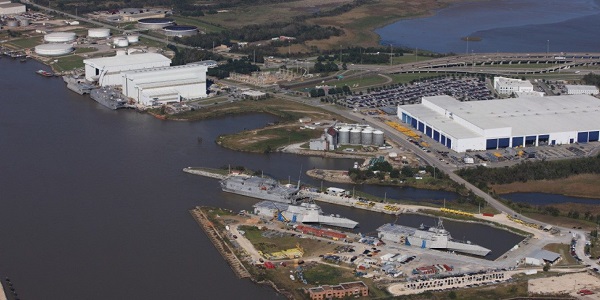 Perth international shipbuilder Austal could build modules for future nuclear-powered submarines in a move to speed up construction of the US nuclear fleet, and at the same time enabling Australia to access N-subs earlier than previously expected under the Aukus pact.

According to a report in the authoritative janes.com, to maintain a US build of one Columbia-class strategic ballistic missile submarine (SSBN) and two Virginia-class attack boats per year, the US is considering adding new contractors to its traditional submarine builders.

Rear Adm Pappano said: “Think Austal [USA], down on the Gulf Coast, they transition to the metal trades.”

The first vessels to be built in the new steel facility will be two Navajo-class Towing, Salvage, and Rescue Ships (T-ATS) for the United States Navy.

Any move into the submarine supply chain would be welcome by Austal, and raises the intriguing possibility that modules for Australia’s proposed nuclear submarine fleet could be built by Austal in Australia.

This could involve construction at Austal’s yard at Henderson, south of Perth, or alternatively and perhaps more likely Austal could take possession of the new submarine construction yard that the government’s Australian Naval Infrastructure has partially constructed at Osborne, Adelaide.

Construction of the state of the art yard has been paused with the decision by Australia to abandon its plans to build conventionally powered submarines at Osborne.

There are pluses and minuses about both alternatives.

Perth is a boom and bust market for engineering driven by resources, and a steady supply of skilled labor could be problematic.

While the workforce would be more stable in Adelaide, it is a smaller labour pool.

Plus BAE Systems Australia, which builds frigates in Adelaide and UK nuclear submarines, has indicated its intention to bid to be part of Australia’s N-sub supply chain.

But ultimately the decision, like many in the competitive world of defence sourcing, could be political.

If that were the case the greater number of marginal seats in Perth might be a deciding factor, even as Adelaide has long been promised as the site of submarine construction.