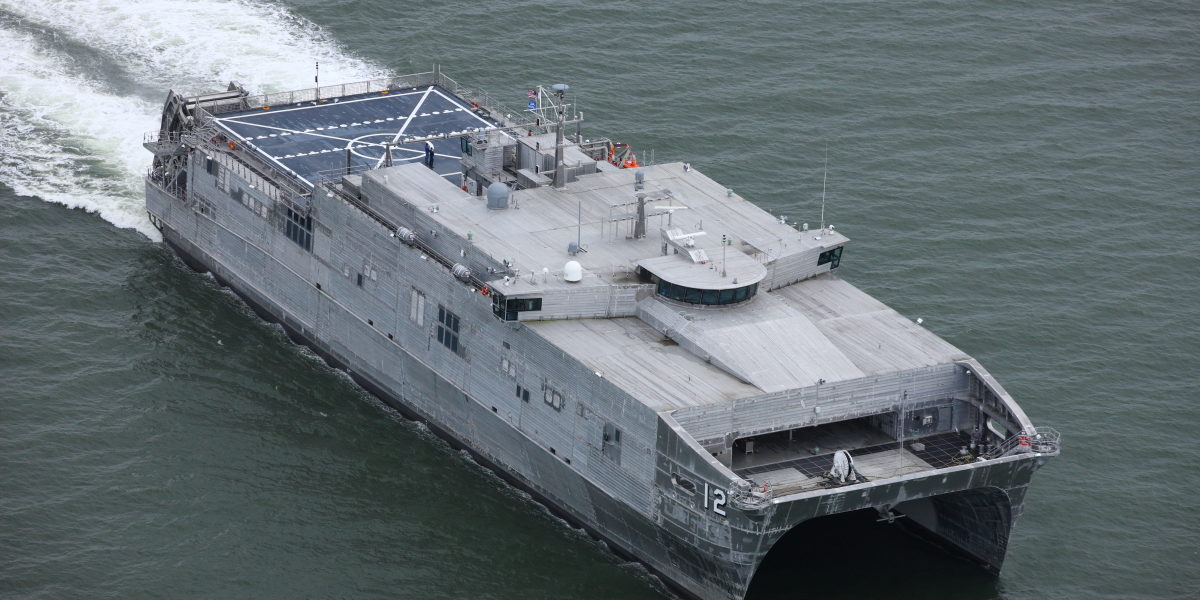 International shipbuilder Austal has been awarded a $295 million contract to build a 15th Expeditionary Fast Transport (EPF) (pictured) for the US Navy at its yard in Mobile Alabama.

The Perth company has delivered 12 of the Spearhead class vessels which are based on a 103-metre twin-hulled ferry design, and feature an 1,800 square metre cargo deck, medium-lift helicopter deck and seating for 300.

Supporting combatants with a fast, high-payload capability, the vessels have been used for missions from maritime security to humanitarian air and disaster relief.

“Austal USA is understandable proud of its record of success with the EPF, which has been deployed and operated by US Military Sealift Command for the USN in theatres around the world.”

In addition to the EPF’s, Austal has contracts to deliver 19 Independence class littoral combat ships to the USN.