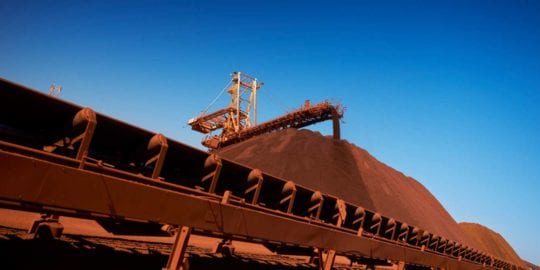 BHP has announced an extension of its support for University of Newcastle’s  Centre for Ironmaking Materials Research (CIMR) over the next five years, with a focus on on low- carbon iron and steelmaking and using the resources company’s iron ore and coking coal.

According to a statement from BHP on Monday, it would provide $10 million in support to the centre, which opened in 2010, from its Climate Investment Program. The support would “help train the next generation of PhD researchers and engineers”.

Steel production contributes an estimated 7 per cent of global greenhouse gas emissions, and is considered a hard-to-abate sector.

The research supported at CIMR would include hydrogen used in conventional blast furnace ironmaking, as well as “emerging alternative low carbon ironmaking technologies.”

He added that the company had a long-term goal of net-zero scope 3 emissions by 2050, and that, “Recognising the particular challenge of a net zero pathway for this hard-to-abate sector, we are continuing to partner with customers and others in the steel value chain to seek to accelerate the transition to carbon neutral steelmaking.”