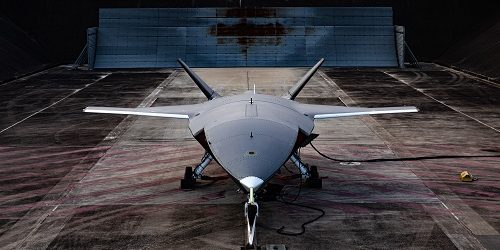 The turbofan of the first Loyal Wingman autonomous aircraft has been powered up, Boeing Australia has announced, ahead of a first flight planned by year’s end.

This part of ground testing took part in September, said program director of the Boeing Airpower Teaming System Dr. Shane Arnott, and “gets us closer toward flying the first aircraft later this year.”

“We’ve been able to select a very light, off-the-shelf jet engine for the unmanned system as a result of the advanced manufacturing technologies applied to the aircraft.”

The Loyal Wingman is an 11.7-metre aircraft being developed by Boeing Defence Australia and the Royal Australian Air Force, with a team of over 35 Australian participants, including BAE, Ferra Engineering and RUAG Australia.

It is the first military aircraft to be developed and built locally in more than 50 years, and will fly in company with manned aircraft, such as the F-35 Joint Strike Fighter.

The milestone follows an announcement last month that the federal government would invest up to $1.3 billion in establishing sovereign capability in Unmanned Aircraft Systems (UAS) for maritime surveillance.