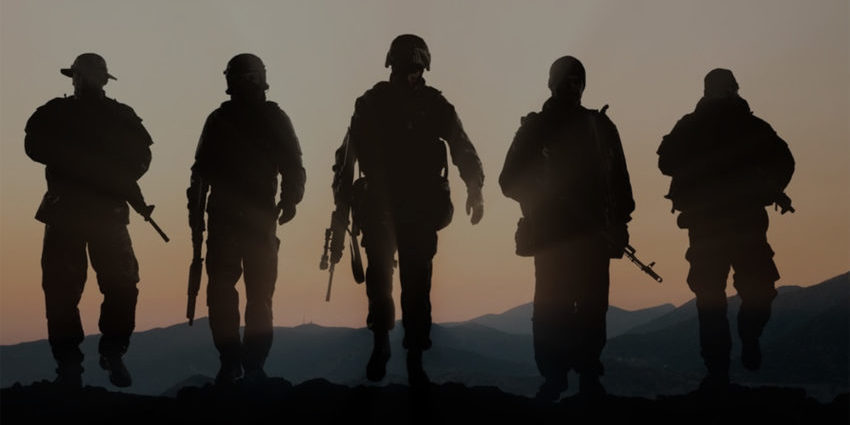 A world-leading technique developed in Adelaide for manufacturing lightweight armour for soldiers and law enforcement officers is being rolled out in Ohio to allow its maker to supply the US defence force.

The proceeds of the capital raise will be used to set up one of its hi-tech  XTclave machines at its American manufacturing plant to target lucrative US Government defence and military contracts.

Managing director Philippe Odouard said each machine could produce up to $40 million in revenue a year.

“Two of them gives you $80 million and last year we did $42 million turnover so just on that plus the rest of the activities we have would give us revenues of around $100 million at full capacity and that would be a great position to be in,” he said.

The company launched its first XTclave unit at its Australian armour manufacturing plant in Adelaide’s northern suburbs in February.

Headquartered in Canberra, XTEK has based its R&D operations in Adelaide for the past 13 years, developing the lightweight armour plates and helmets as well as rifles and other defence-related products.

The US compliant small arms protective insert plates are said to be up to 30 per cent lighter than other products and have buoyancy potential, while the light helmets can stop AK-47 MSC bullets and fragments.

XTEK announced the first sale of armour made in Adelaide using its XTclave unit in March – to an Australian law enforcement unit – and has since announced a $2 million contract to supply XTclave armour to the Finnish Army.

It also acquired Ohio-based armour manufacturer HighCom last year and has begun selling bullet-proof vests and armour certified by the US Department of Justice through its North American distribution network.

However, Odouard said having an XTclave machine in the US was key to winning lucrative government defence contracts.

Under US regulations, the Department of Defense only purchases body armour manufactured on home soil.

“We’ve had our products validated by the US Department of Defense and they are really very interested in talking to us … we have a manufacturing plant there but we don’t have the machine that produces the high-quality process we’ve designed and provides these exceptional products,” Odouard said.

“That’s the purpose of the capital raise and we also need to increase our sales force and presence worldwide to be able to continue to export out of Adelaide and continue the expansion.

“The machine in the US will be first dedicated to produce products for defence in the US such as special forces, marines, the army and air force and the rest would come from Australia.”

XTEK’s Adelaide site is right next to the former Holden factory in Elizabeth and only a few kilometres from the Edinburgh defence precinct.

The plant currently has 11 staff in R&D and production but the company plans to increase its Adelaide workforce to 30 in the next year as orders pick up.

Odouard said the area was home to a lot of services and suppliers and a strong pipeline of skilled labour despite the exit of the car industry.

“The machine that we’ve put together involves a lot of different skills and a lot of them are present in that part of Adelaide, he said.

“The fact that we have Edinburgh just next door as well and a lot of defence companies have set up shop around the place and the guys in Port Adelaide doing the ships and submarines is giving us an environment that is very favourable to defence.

“We’re not at full capacity – far from it – but we are ramping up nicely and the interest is there.

“We are pushing very hard on the Australian side of things – a lot of contracts are not up for grabs at the present time as they tend to be long-term contracts but they’ll come up for renewal in the next couple of years or so.”

The other, more established side of the XTEK business is in Canberra and supplies parts and systems for small defence UAVs.

The armour and ballistics side of the business is already generating about 25 per cent of the company’s revenues and Odouard said he expected that to increase to 60-70 per cent in time.

“It’s only been nine months (since the US acquisition) and it doesn’t include the new factory, which is only starting to produce now,” he said.

“So more and more we will get into helmets and plates to protect soldiers and law enforcement people as well.”

It is expected to take 12 to 18 months for the US facility to be upgraded to produce XTclave.

“The idea is to have a full range so the people who have the greater exposure would buy at the top of the range and those who don’t need them as often, such as firefighters and paramedics, typically require the less expensive products that are heavier but still do the job.

“We can already supply the law enforcement market in the US out of Adelaide and now that we have announced we are putting the machine there we might be able to start signing contracts with US defence.”

Odouard said the company had just launched a female soft armour product to protect the growing number of women in law enforcement.

He said there was strong demand for the lightweight helmets, which were stronger than 99 per cent of the helmets in operation.

“If you go into an area and you know the other side has armour piercing rounds then you insert the heavy armour, if they have AK-47 rifles you can use some lighter ones and you just adapt depending on the situation.

“The way we produce gives us an advantage; for plates it is up to 30 per cent less weight and on the helmet side we can stop an AK-47 round at close range.

“A lot of people are working on rifle helmets but we seem to be the only ones who have a real solution and in terms of light plates there is huge interest everywhere from the US to Europe and Southeast Asia.”