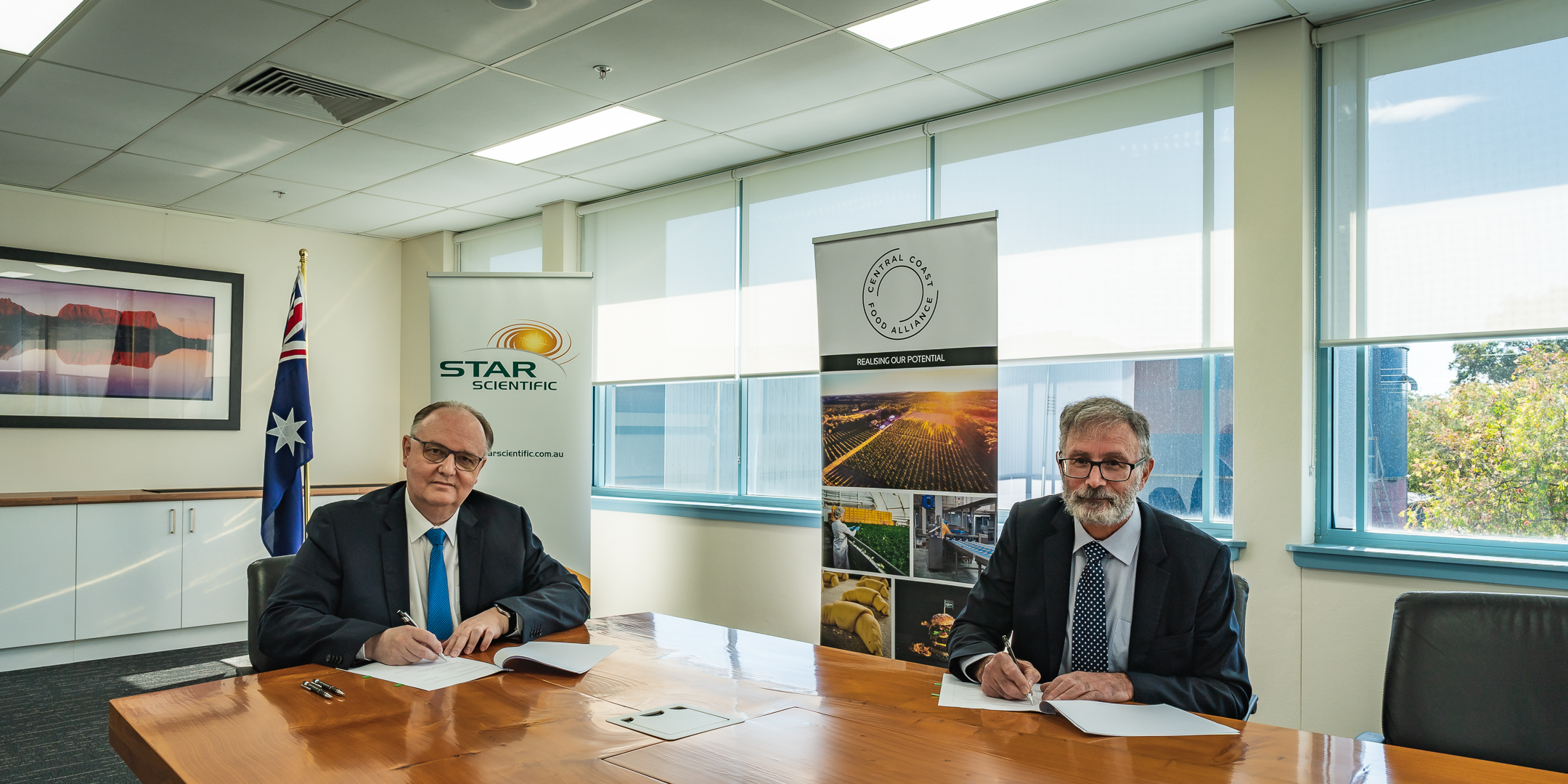 Members of the Central Coast Hydrogen Food Cluster will be the first commercial users of an award-winning Australian-developed hydrogen-to-heat technology.

An MoU has been signed between Star Scientific and Central Coast Industry Connect on the new cluster. Star Scientific is commercialising a process it calls HERO (hydrogen energy release optimiser), which offers a way to generate heat and energy using a non-polluting catalyst and hydrogen as a fuel.

Star will work with food manufacturers within CCIC’s network, and the latter will run the new cluster.

Andrew Horvath (pictured left), Global Group Chairman of Berkeley Vale-headquartered Star, said he was excited that the first commercial application of HERO would be in the company’s home region.

“Food manufacturers all over the world are looking for solutions to remove carbon from industrial processes such as heating, drying and cleaning [and the] Central Coast region is home to some of Australia’s biggest household brands and global food manufacturers,” said Horvath.

“We have already commenced work under this MoU providing heat for industrial-scale cleaning purposes in the food hub.”

HERO won at S&P Global’s Platts Global Energy Awards (Emerging Technology of the Year category) late-last year, and announced it had signed an MoU with the Philippines’ Department of Energy in January.

Frank Sammut (on right), Executive Director of the Central Coast Industry Connect, said that food manufacturers had made steps to decarbonise, but it had been challenging to replace gas for heating and cooking in a lot of cases.

“The MoU with Star Scientific provides the opportunity for developing [an] alternative carbon free heat source,” he said.

Horvath added that he hoped the new cluster could be “an ‘incubator’ of regulatory issues for the hydrogen supply chain, especially concerning green hydrogen, and that regulators were currently are “coming to grips with the use of green hydrogen and we hope the cluster will enable us to identify those issues early in the process and deal with them.”