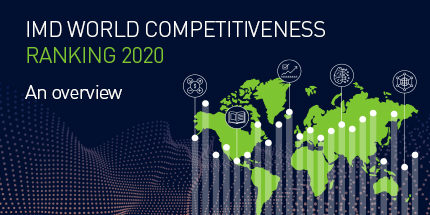 Australia has remained in 18th place in the annual IMD World Competitiveness Ranking, now in its 32nd year.

The Australian Financial Review reports that the ranking was influenced by the company tax rate of 30 per cent, ranked as competitive by only 1 per cent of executives, and poor assessments in international trade and management practices.
Australia was ranked 45th out of 63 for international trade, owing to a low level of export complexity and a high reliance on China as a trading partner. Management practices were ranked 48th. 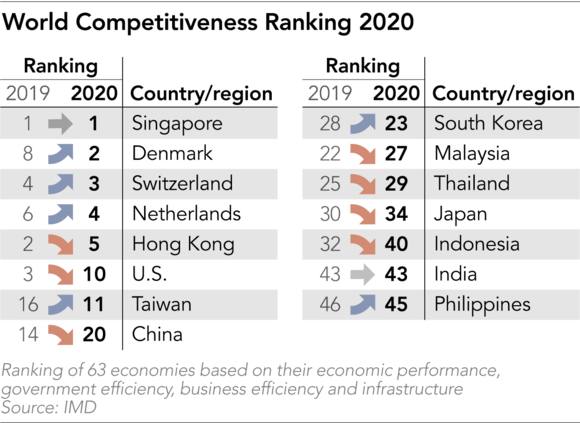 By country, Singapore continues to rank first, followed by Denmark in second (up from eighth last year) and Switzerland (up from fourth.)
The China-USA trade war had hurt both countries’ competitiveness levels, according to the research, “reversing their positive growth trajectories.” China was ranked 20th, down from 14th, and the USA fell from third place to 10th this year.
Small economies had performed solidly, maybe in part due to it being easier to find social consensus, said Arturo Bris, Director of the IMD World Competitiveness Center and Professor of Finance.
“The benefit of small economies in the current crisis comes from their ability to fight a pandemic and from their economic competitiveness. In part these may be fed by the fact it is easy to find social consensus,” he said in a statement.
The rankings use a combination of hard economic data and surveys, with over 6,000 executives from participating countries giving their feedback.
Subscribe to our free @AuManufacturing newsletter here.
By EditorJune 17, 2020
Share this post
Share on FacebookShare on Facebook TweetShare on Twitter Share on LinkedInShare on LinkedIn Pin itShare on Pinterest Share on WhatsAppShare on WhatsApp