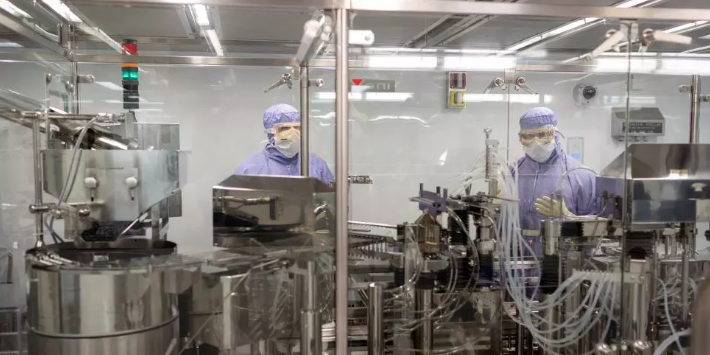 CSL will manufacture approximately 85 million doses of two Covid-19 vaccines, beginning early next year, if their clinical trials are successful.

A heads of agreement between the ASX-listed biotherapeutics leader and the federal government was announced on Monday morning. Under the $1.7 billion supply and production agreement, CSL’s vaccines division Seqirus would supply 51 million doses of the University of Queensland vaccine candidate (UQ-CSL V451) and approximately 30 million doses of the AstraZeneca/Oxford University candidates (AZD1222) to Australia.

Early access to 3.8 million doses of the Oxford vaccine candidate are scheduled for release in January and February 2021, according to the federal government.

Vaccines would be “almost entirely manufactured in Melbourne” and provided free to Australians.

“CSL has been working at pace to respond to the pandemic and has invested significant resources in the rapid development and large-scale manufacture of UQ-CSL V451, along with a number of other therapeutic programs,” said CSL CEO Paul Perrault.

“Together with partners including the University of Queensland and Coalition for Epidemic Preparedness (CEPI), our development and manufacturing teams have been working extremely hard to advance this program to ensure the availability of a safe and effective vaccine should clinical studies prove successful.”

CSL, which will hold a conference call about the news at 1.30 pm AEST on Monday, added that pre-clinical and early clinical studies for the Australian candidate were promising, but it is “impossible to predict the level of success the candidate will have in late stage clinical trials.”

Industry minister Karen Andrews said the agreements showed what could be achieved when researchers and industry work together.

“Both these vaccines were initially tested by the CSIRO’s Australian Centre for Disease Preparedness in Geelong, while the UQ vaccine is being developed with $5 million in support from the Federal Government,” she said in a statement.

“Now our nation’s manufacturing prowess will ensure Australia is in the strongest position to roll out a vaccine as quickly as possible, if and when it proves safe and effective.”

“The work we are doing now will also build our knowledge and strengthen our local manufacturing capability, which will grow our pharmaceutical and medtech sectors for the future.”