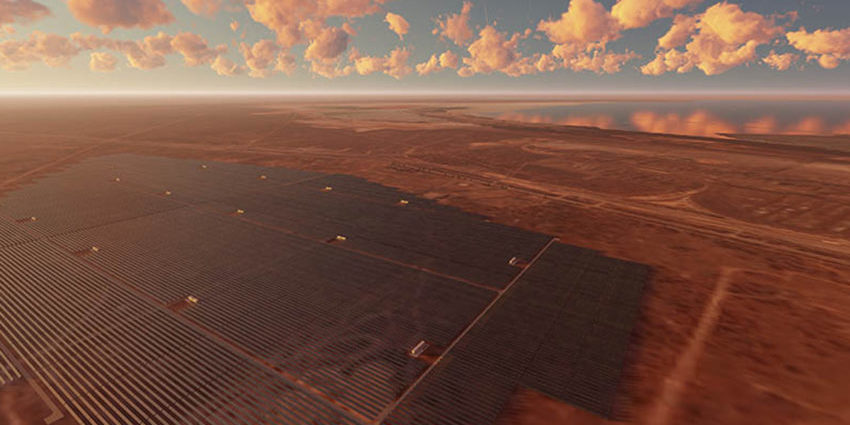 Work on the long-awaited 280-megawatt Cultana Solar Farm in South Australia could begin as early as July.

The project on a 1100ha site north of Whyalla on Eyre Peninsula is the first large scale project in billionaire industrialist Sanjeev Gupta’s plan to generate one gigawatt of dispatchable renewable energy in South Australia.

SIMEC Energy Australia is part of Gupta’s GFG Alliance and is delivering the project through an Engineer, Procure and Construction (EPC) partnership with Shanghai Electric.

SIMEC CEO Marc Barrington said final regulatory approvals and a transmission connection agreement were expected in the coming months with financial close on track for the July Quarter of this year.

He said the planned 13-15 month construction period could then commence straight away with potential completion by the end of 2021.

“All of our financing is sorted and our contracting structure is all sorted, really it’s just awaiting the outcome of the regulatory processes,” Barrington said.

“We’re already going to tender at the moment for a whole bunch of works – everything from perimeter fencing through to security service providers and we’ve undertaken many phases of early works so we can go very quickly once we get those final regulatory approvals.” 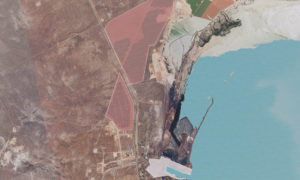 The solar farm site is on 1100ha to the north of the Whyalla Steelworks.

The site is to the north of GFG’s Whyalla Steelworks and is set to house 780,000 solar panels capable of generating 600GWh of energy generation per year, enough to power 96,000 homes.

The project will also use a new technique during construction where the ground is rolled flat to allow the panels to be installed rather than graded to remove all vegetation.

The technique was developed by Glenn Christie from South Australian company Succession Ecology and proved during testing at Cultana in December 2018.

By only rolling the ground where the panels are to be installed, the loss of vegetation is minimised and the low-growing plants in the rolled areas are able to recover quickly.

Barrington said maintaining vegetation and biodiversity were not the only benefit as the groundcover helped suppress dust, which had caused problems at other arid zone solar farms.

“We’ve trialled it on site and it certainly works – it creates a great environment for the flattened saltbush to regrow because there’s already vegetation that’s alive and growing but it’s also economically good for the project because you need to use less water for dust suppression and helps keeps the panels clean,” he said.

“Dust is a huge inhibitor to generation for solar panels so we think that’s going to give it dividends as well.

Barrington said the project would also be the first of its kind in Australia to use an automated robotic vehicle to clean the panels with compressed air and brushes, helping to limit the use of water on the site.

“There’s a benefit to the environment we’re going to be occupying but also there’s a commercial benefit in the panels maintaining their efficiency and there’s a massive community benefit in making sure you’re not creating dust issues, which is not just about people’s washing, it’s about the habitability of the place.

“These projects are going to be long in people’s memories and part of the community for a long time so starting well and starting properly is the best thing you can do.”

British billionaire Sanjeev Gupta began investing in South Australia in 2017 when he purchased the struggling Whyalla Steelworks from Arrium and announced the Cultana Solar Farm as part of his one‐gigawatt dispatchable renewable energy program in August 2018.

He has also announced a A$600 million plan to expand and modernise the Whyalla Steelworks.

Barrington said the Playford battery project was awaiting the outcome of a grant application with the Australian Renewable Energy Agency (ARENA) while pumped hydro storage as well as other solar and wind locations around Australia were also being considered.

“It is all part of Sanjeev’s plan of bringing green steel to a reality and also to bring better-costed power to Australian manufacturing,” he said.

“We don’t have a behind the meter connection, we will connect straight into the grid but the steel mill will have contracts in place that will effectively utilise the financial hedge that comes out of the solar farm so it’s certainly going to be put to good use.

“The drivers of the project are the sustainability element of it, everything from community through to the low emission nature of the generation.

“There will be up to 750 jobs on that site at its peak and we hope it has a really good benefit to the community when it starts.”

South Australia leads the nation in the uptake of wind energy and rooftop solar with renewable sources accounting for more than 40 per cent of the electricity generated in the state. It is also home to the world’s largest lithium-ion battery (100MW/129MWh), which was established in late 2017 at Neoen’s Hornsdale Wind Farm in the state’s Mid-North.

Picture: An artist’s render of the Cultana Solar Farm where construction is expected to begin in the third quarter of this year.