Defence industry news briefs – stories you might have missed 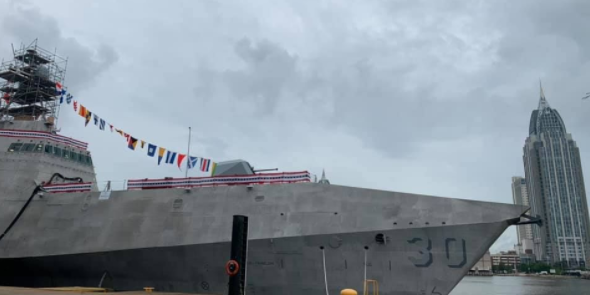 Another 10 Australians to train at Naval Group France

A further 10 Naval Group Australia engineers are departing for Cherbourg, France over the coming fortnight where they will join 40 colleagues working to gather submarine design and industry skills. Naval Group is transferring expertise and knowledge under a Strategic Partnering Agreement, with staff to spend up to three years receiving on-the- job training. They will then form a core of local experts who will assist the development of the next generation of Australian staff. Naval Group Australia CEO John Davis said: “This is just one of the fantastic opportunities which exists for Australian workers as part of an Attack Class submarine project which is creating hundreds of rewarding local jobs.”

Hanwha Defense Australia and Burnie, Tasmania engineering firm Elphinstone have signed a teaming agreement for the manufacture of vehicle hulls for Hanwha’s Redback Infantry Fighting vehicle. Elphinstone will initially work on hull structure fabrication and machining for the Redback vehicles. Elphinstone is a private, family-owned business traditionally manufacturing for the mining industry. The Redback is under consideration by the Commonwealth under Project LAND 400 Phase 3, a $18 billion to $27 billion project to acquire up to 450 vehicles for defence.

The US Navy and Austal USA have christened the future USS Canberra (LCS30, pictured), named after Australia’s national capital. When commissioned, Canberra – the 15th Independence-class Littoral Combat Ship constructed by Austal USA – will be the only ship in the US Navy named after a foreign capital city. During the christening ceremony, held in city of Mobile, Alabama, Alison Petchell, the Australian government’s Minister Counsellor Defense Materiel conducted the traditional bottle smashing.

The Naval Shipbuilding College has joined with Australia’s defence industry to create an online jobs portal showcasing the breadth of opportunities in Australia’s naval shipbuilding program. The JobsPortal allows job seekers to search for vacancies in the shipbuilding sector, update their job profile, select target organisations and apply quickly and securely. It also allows industry recruiters to connect with qualified workers who are registered on the College’s National Workforce Register. Defence industry minister Melissa Price said by 2030 about 15,000 workers across the country will be employed. To access the Jobs Portal join the Workforce Register via the NSC website here.

Drone detection and countermeasure company DroneShield has received a $3.8 million contract from a military customer of an allied five eyes nation. The two year contract is for R&D, however the company did not reveal its aim or purpose. CEO Oleg Vornik’s only comment was “this contract is a testament to the world leading capabilities of the DroneShield team.”