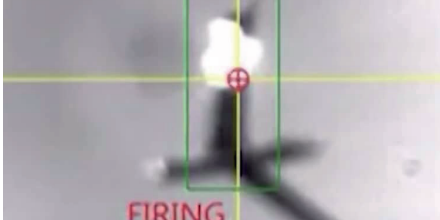 In an activities update, the Canberra company revealed it was preparing to make space communications terminals at its defence systems factory in Huntsville Alabama.

The company has received US approvals to develop space capabilities and is conducting preliminary design work of an initial constellation of satellites to give global communications coverage.

EOS also revealed it was moving a new directed energy weapon to be used as a ‘drone kill system’ into production.

EOS told investors: “This product places EOS at the forefront of the counter UAS market globally.”

It is not clear whether this system utilises lasers or microwave energy, however the company has 40 years experience in using laser systems to track orbiting space debris.

The company has tested a range of drone countermeasure systems in Australia, the United States and the Middle East.

It is negotiating a contract to supply anti-drone capabilities to a large international programme in an undisclosed country.

This is likely a nation in the Middle East, a region where drone attacks have previously hit oil supply infrastructure.

However the Covid-19 pandemic has slowed negotiations on the contract, which is not likely to be signed this year.

Covid-19 has also affected four EOS staff in the US and the UAE, where the company has a $450 million order to supply remote weapons systems to the military.

The staff have recovered and returned to work.

Meanwhile in Australia EOS is negotiating conditions for the supply of 251 remote weapons systems to the Army.

“A key focus of this accelerated acquisition was the preservation of the Australian supply chain for advanced defence manufacture, and provided momentum is maintained, this will be achieved.”

The company expects a loss in the first half of FY21 of $12 million, with an improvement in the second half.