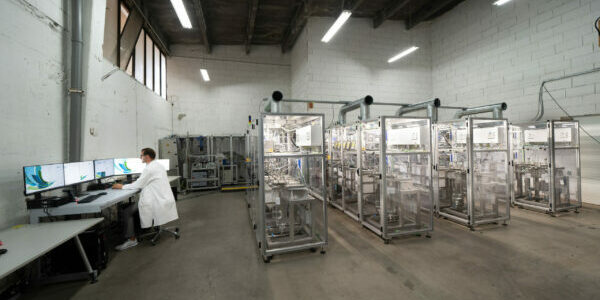 The new site will allow for production of precisely-engineered materials which represent the highest cost component of a battery cell, it said.

The signing of contracts by the 19 participants in the pilot plant was announced in October last year, with $9.2 million in cash and the same amount in-kind committed, including the repurposing of BHP’s existing nickel sulphate pilot plant for production of cathode materials.

Partners in the project include BASF Australia, BHP Nickel West, Queensland University of Technology, Curtin University and the CSIRO.

Shannon O’Rourke, the FBICRC’s CEO said that the CPPPP is the culmination of several years of hard work, collaboration and integration by industrial and academic partners.

“The incoming government has committed to a National Battery Strategy which will help to seize local battery manufacturing opportunities. The Cathode Precursor Production Pilot Plant will be a key enabler to build an Australian manufacturing capability,” said O’Rourke.

The plant features four automated precursor cathode active materials  (P-CAM) units provided by BASF Australia, allowing it “to run different compositions and ratios of chemistries simultaneously, or to run the same chemistries under four different conditions, changing variables such as temperature, pH or stirring rate”  explained the FBI CRC in a statement.

“As a country rich in mineral resources, Australia is in a unique position to become a leading player in the global battery industry” said Matthias Dohrn, Senior Vice President, Global Battery Base Metals and Recycling at BASF.

Processed P-CAM will be lithiated, calcined and electrochemically tested at the FBICRC-funded Electrochemical Testing Facility at the Queensland University of Technology.

Picture: co-precipitation units — similar to those to be used at the site — in use in Germany (supplied)