First C-Series railcar moves on to tests at Bellevue facility 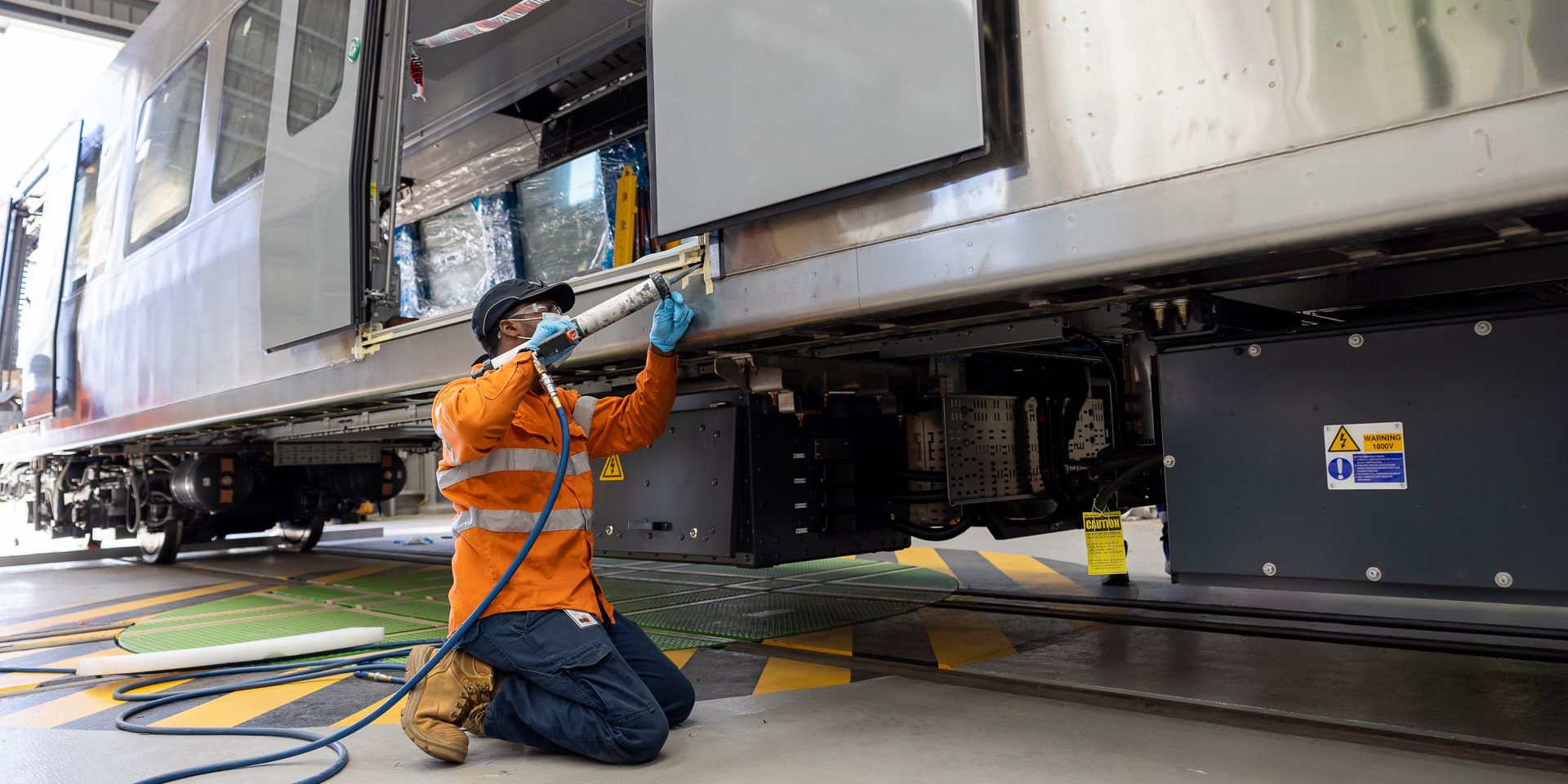 The first C-Series carriage, part of the first train manufactured in Western Australia since 1994, is currently being tested at the Bellevue Railcar Manufacturing and Assembly Facility ahead of on-track trials later this year.

The first railcar is undergoing tests at the site’s High Voltage Testing and Commissioning Facility, to be followed by a fitout, and later by six railcars being linked together for nine months of trials on the state’s the Mandurah and Joondalup lines.

“Another milestone has now been reached with the first 6 railcars now being built right here in WA to create our first C-Series train; they need to go under significant testing before they can take passengers, but this is a great achievement,” said transport minister Rita Saffioti.

Alstom Australia was awarded the $1.25 billion, ten-year WA Railcar program in 2019. It will see it deliver 246 C-Series and six Australind rail cars, with at least 50 per cent local content by value and 15 companies in its supply chain.

“Congratulations to everyone who has been involved in this major achievement for WA,” said WA premier Mark McGowan in a statement on Monday.

“On behalf of WA, I am proud Western Australian workers are being recognised for their craft, ability and skills in manufacturing, which will be seen rolling off the production line and onto the network in due course.”

Over 130 are currently employed at the Bellevue depot, with the High Voltage Testing and Commissioning Facility completed recently. According to the WA government, they are among 10,400 workers employed across all METRONET projects under delivery.

Prior to the WA Railcar project, the state had not assembled trains since 1994. The B-Series were built in Queensland.

Singled out as contributors to the current project were