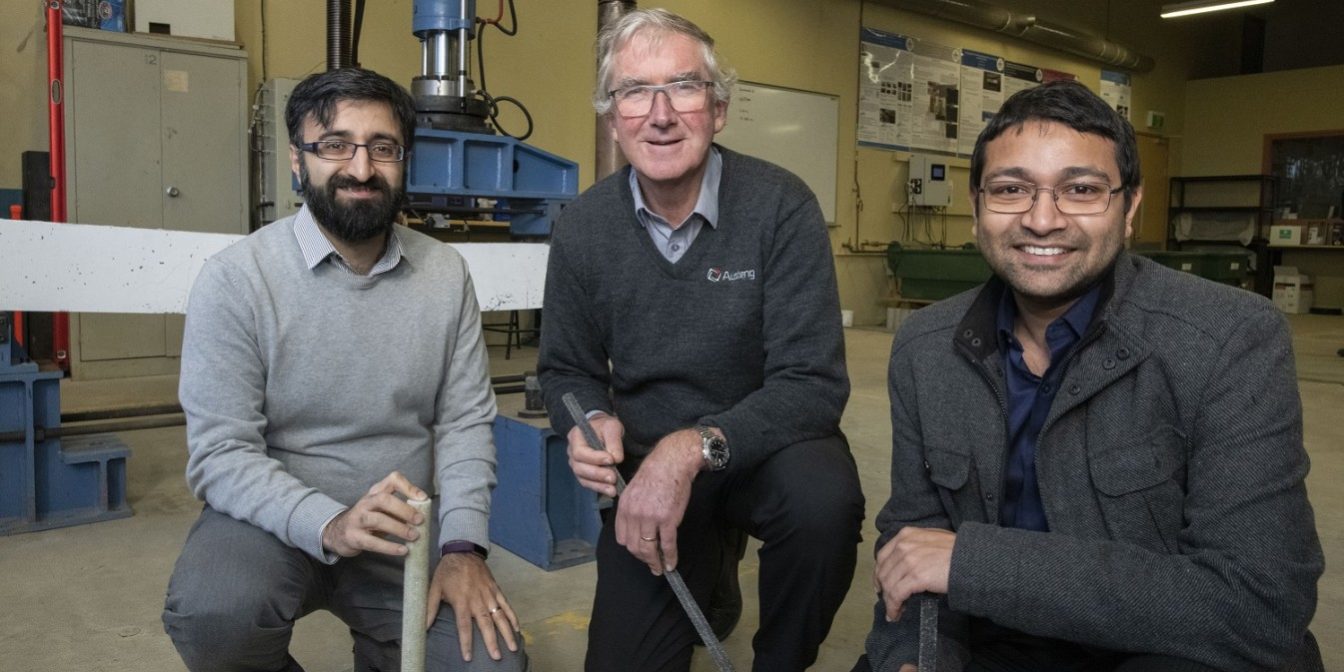 Load testing has finished and a bridge made out of fibre-reinforced geopolymer in Geelong is expected to be operational in the first quarter of next year.

The project is a collaboration between engineering firm Austeng, Deakin University, concrete company Rocla and the City of Greater Geelong.

The bridge was designed by Deakin civil engineering experts Kazem Ghabraie and Mahbube Subhani and uses geopolymer — made of recycled fly ash and highly alkaline liquids — reinforced with glass and carbon fibres. The first two bridges will replace timber versions over Cowies Creek.

Benefits of the solution include a claimed 80 per cent reduction in carbon dioxide emissions, higher resistance to acids, and the avoidance of “concrete cancer.” This occurs when steel reinforcement rusts, expands, and cracks concrete.

According to Austeng Managing Director Ross George, the project has proven the material’s suitability for large structures.

“We’re proud to say that the results show the bridge is behaving as we expected under maximum loading conditions. We’re excited that every test we have completed has given us as expected, or better than expected, results,” George said in an interview published on the Advanced Fibre Cluster Geelong’s website.

“The bridge is finished and assembled in our carpark. We have just installed the handrails so it finally looks like a real pedestrian bridge. We are currently designing the manufacturing piers and headstocks ready for site installation.”

George added that the project showed the potential for procurement to influence technology development. The City of Greater Geelong, with support from Cleantech Innovations Geelong, tendered for a 100-year maintenance-free bridge in 2017. The project has also been assisted through an Advanced Manufacturing Growth Centre grant to the AFCG.