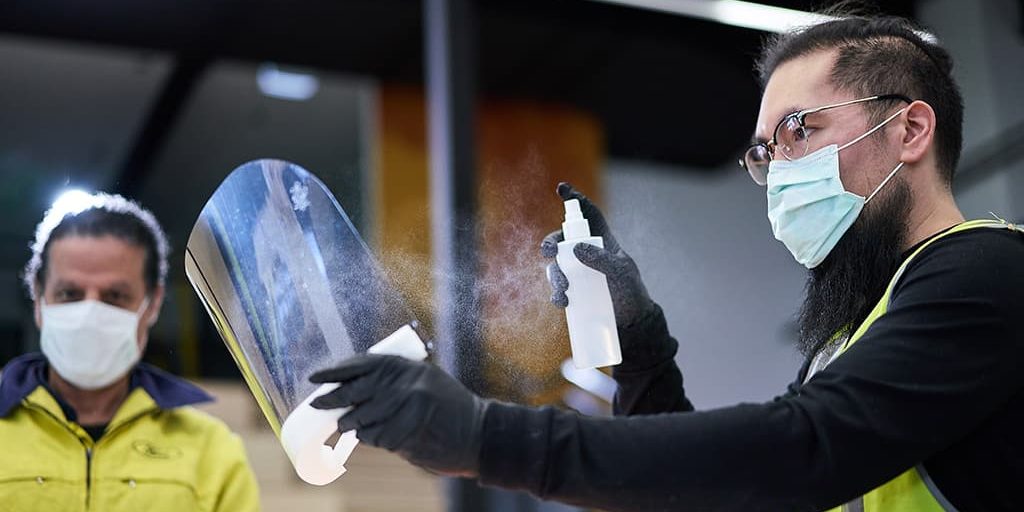 Ford Australia announced on Wednesday that it is making and donating PPE for healthcare workers during the Covid-19 pandemic.

Ford – which has retained some engineering and design staff at its Broadmeadows site following the end of its Australian car assembly operations in 2016 – has made 50,000 face shields so far. It intends to produce roughly 100,000.
“Producing face shields is certainly something new for us, but our innovation team and engineers were able to test a number of different designs in hospitals and with their input we have been able to get the face shield right for the people who will be wearing them,” said the company’s Australia and New Zealand president and CEO, Kay Hart, in a statement.

“With testing of the prototype shield now complete, we’re quickly ramping up production and working to dispatch the shields to medical workers and other facilities that need them.

“It’s great that our team has been able to quickly pivot to put their skills towards producing the face shield while also continuing their global work designing and engineering pick-up trucks and SUVs.”

Caradvice reports that around 50 staff are working on the project, and creating up to 6,000 masks daily at two facilities at Broadmeadows. “Demand for the medical face shields is so strong that Ford has had to slow down the assembly of locally-modified Mustang R Spec supercharged V8s from six cars a day to four,” according to the news site.

Ford announced in 2013 that it was ending Australian manufacturing, with Holden and Toyota announcing plans to do the same within a year. Toyota was the last to finish, in October 2017. Toyota has also been making face shields to aid Australian healthcare workers, and announced this week that distribution had begun.