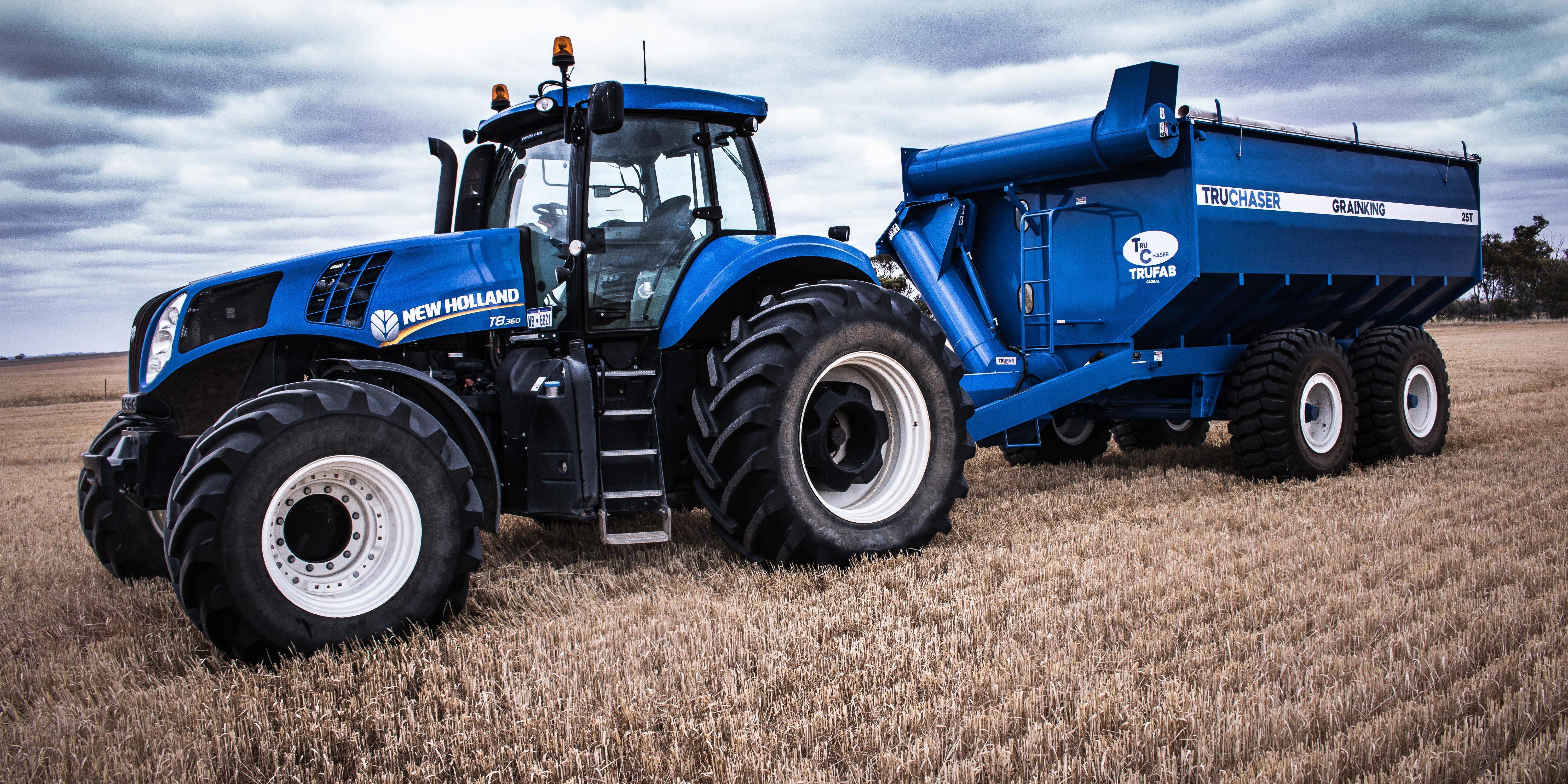 Grain King, formerly known as Trufab, has just opened a 17,000 square metre workshop – roughly the size of the MCG – to make its Nyrex, Titan and Maximus grain bins.

GrainKing CEO Colin Jorgensen said: “Cranes, brake press, welders, guillotine, saws, rollers, compressor and other equipment has been installed for fabrication of components used in the production of the new Maximus field bins.

“The increased work space will allow for six new staff.”

That only six staff would be employed in such a space seems incongruous, until you realise the immense dimensions of its chaser bins, field bins and seed and super bins.

The company’s road-going bins can be as much as 18 metres in length (see video below) and hold 160 tonnes, so assembly takes up a lot of space.

The company recently also opened a facility in NSW in time for the grain harvesting season now underway, and will target that market and Queensland for expansion next year.

The little-known company, which employs 50, shot to international attention mid-year when it was named runner up in one of the world’s most prestigious steel manufacturing prizes, the Swedish Steel Awards.

“The Swedish Steel awards are incredibly prestigious and being recognised by them is a real honour,” Jorgensen said.

“Our use of cutting edge technology, high quality materials and skilled labour means we are providing customers with innovative and intelligent solutions to increase their productivity and efficiency.”

GrainKing invested $1 million in its new facility where it manufactures along assembly line principles, utilising modular sections that come together with minimal welding.