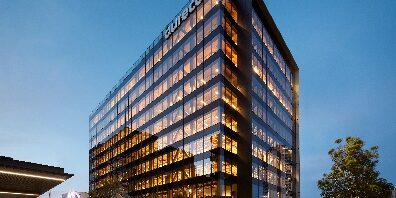 German chemical company Henkel has announced that it will begin producing its Loctite brand of polyurethane adhesives in Australia, citing increased interest in engineered timber for construction.

Henkel said it would start production of Purbond at Kilsyth, Victoria in the second half of 2023, which would open “many opportunities for us to help our customers in Australia and New Zealand”.

The company currently has innovation and application Labs in Sydney and Auckland, and said making Purbond at Kilsyth would help tailor products to ANZ needs, such as those around fire resistance.

“…[Our] customers will benefit from reduced lead times from order to delivery, as well as greater supply chain security,” added Henkel’s Business Development Specialist for New Zealand, Warren Grigsby, in a statement on Tuesday.

Henkel said that engineered wood had become “an increasingly popular design choice for load-bearing mass timber and high-tech structural engineering application” due to growing environmental awareness around construction and material use.

Last week @AuManufacturing reported on what is planned to be the world’s tallest timber hotel, to be built at Victoria Square,  Adelaide by Thrive Construct out of cross laminated timber (CLT) and green steel, and reaching 31 levels.

Planned high-profile high-rises incorporating timber include a 50-storey building in Perth by Grange Development, and Atlassian’s 39-storey headquarters in Sydney’s Tech Central precinct, with construction set to begin this year.

The tallest mass timber building in Australia is currently 25 King at Bowen Hills in Brisbane (pictured), completed in 2018 and reaching 10 storeys. This used Loctite polyurethane adhesives for load-bearing elements combined with walls and ceilings of cross-laminated timber.

EOS in satellite breakthrough, links with US defence
August 9, 2022
Advertisement