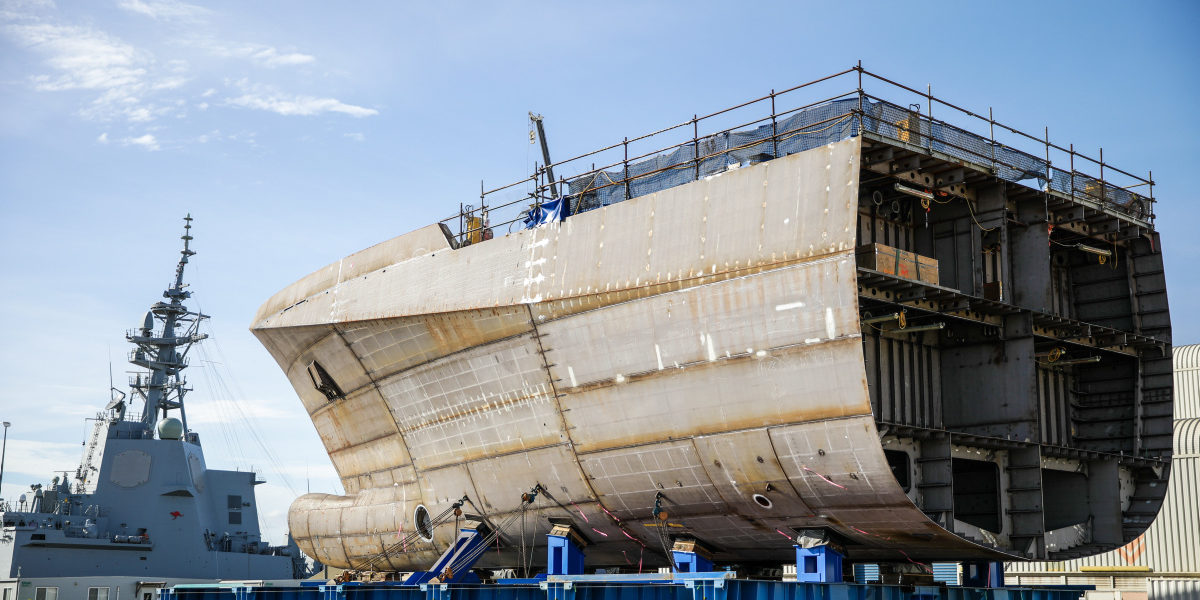 The ship is the first of a dozen OPVs being built for the federal government under the $3.6 billion program, with the prime contractor Luerssen Australia. The first two are being constructed at Osborne, with the next ten built at Henderson in West Australia by Luerssen and Civmec.

Defence minister Linda Reynolds said in a statement that, “It is a source of great pride to see a unified purpose among industry partners Luerssen, ASC and ANI, with defence industry continuing to show resilience to deliver during these challenging times.”