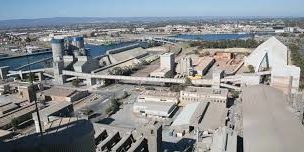 Cement, lime and building products manufacturer ADBRI was hit in the first six months of this year by bushfires, smoke and floods and by lower residential demand. Revenue in the half of $700.7 million was down from $755.7 million in the previous corresponding period. Earnings before interest and tax (EBIT) were $48.7 million which was affected by the loss of a lime contract from Alcoa which resulted in one of its kilns being placed in a care and maintenance mode. Mining industry demand has remained strong and there are signs that construction materials will benefit from higher infrastructure spending. In May Adelaide Brighton changed its name to ADBRI to reflect its diverse nature.

Blackmores steadies as it pivots towards Asia

Vitamin and health supplement manufacturer has stabilised its operations as it continues its pivot towards Asian and strategic high growth markets. The Sydney company reported net profit after tax (NPAT) down 66 per cent to $18.1 million, on sales down three per cent to $568 million. During the year the company’s supply chains were disrupted by the Covid-19 pandemic, it continued to move towards greater vertical integration and the company appointed new leadership in China. Despite Blackmores holding 16.4 per cent of the Australian vitamin and dietary supplement market, it is in talks with staff that it expects to lead to a reduction of 10 per cent in its local workforce, partly offset by growth in positions in Asia. During the year Blackmores raised $141 million from investors.

Ridley plunges to loss as it invests and restructures

Animal feed producer Ridley Corporation plunged to an after tax loss of $8.6 million in the 2020 financial year as it continued its rationalisation and reinvestment programme. The company reported full year profit down 136.6 per cent on revenue down 3.5 per cent to $967.9 million. Ridley booked costs associated with restructuring of its Victorian operations, delays in rolling out its Novacq prawn feed technology and the closure of its Murray Bridge feed mill in South Australia.

Cleanaway Waste management reported earnings before interest and tax up 4.6 per cent to $251.9 million as it integrated acquisitions and grew its solid, liquid and industrial wastes businesses. The company booked revenue up 2.1 per cent to $2.3 billion in the 2020 financial year. During the year Cleanaway integrated the Toxfree and SKM businesses, and committed to a PET plastics pelletising facility, at the same time advancing an energy from waste project in Sydney. An environment impact statement has been lodged for the Sydney project.

Star Combo Pharma grew revenues in the 2020 financial year by 81 per cent to $38.8 million as it ramped up its strategy to become a leading contract manufacturer of vitamins and health supplements. The company’s preliminary final report shows it ended the year with a net loss after tax of $300,000, an improvement on the loss of $1.7 million the previous year. Star Combo’s retail operation, Koala Mall and Austoyou.com, was stable during the year with sales of $25.4 million in Australia and China.