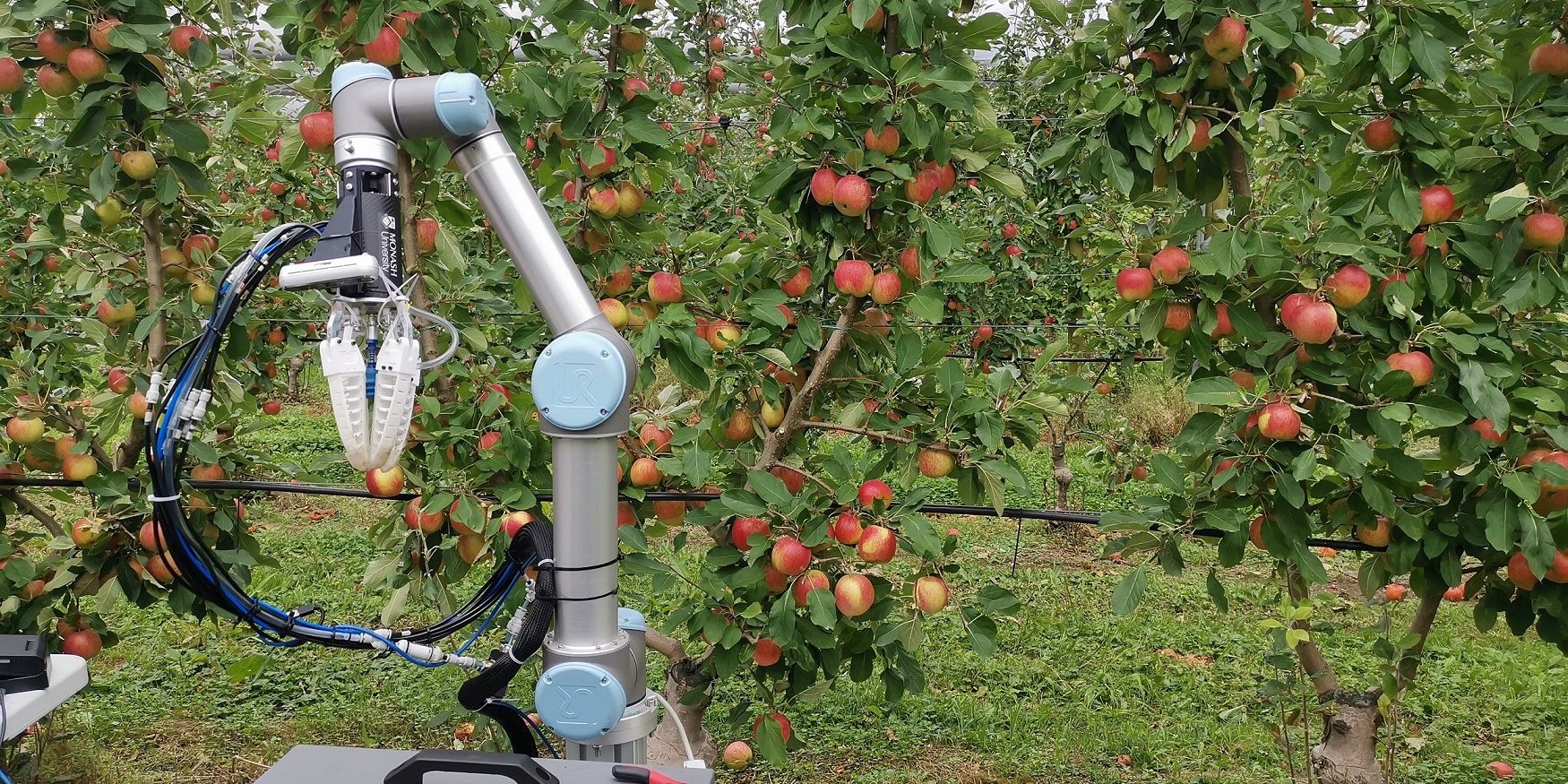 Monash University researchers have developed an apple-picking robot that displayed a better than 85 per cent success rate in field trials over February and March at Fankhauser Apples in Drouin, Victoria.

According to a statement from the university, the median harvest rate of the machine was 12.6 seconds per apple when operating at half speed. Less than six per cent of the fruit was damaged due to stem removal. (Apples with stems removed are sellable, but less desirable under retailers’ cosmetic guidelines.)

The vision system can identify a claimed 90 per cent-plus of all visible apples within the camera’s view from approximately 1.2 metres away, can work in all types of lighting and weather conditions — including intense sunlight and rain — and takes under 200 milliseconds to process the image of an apple.

“Our developed vision system can not only positively identify apples in a tree within its range in an outdoors orchard environment by means of deep learning, but also identify and categorise obstacles, such as leaves and branches, to calculate the optimum trajectory for apple extraction,” said research lead Dr Chao Chen, Director of Monash’s Laboratory of Motion Generation and Analysis (LMGA).

The robot used a new motion planning algorithm to increase the success rate of picking apples and minimise the damage caused during this.

The soft gripper is described as using four independent, pneumatically-actuated fingers, as well as a suction system (see video below.)