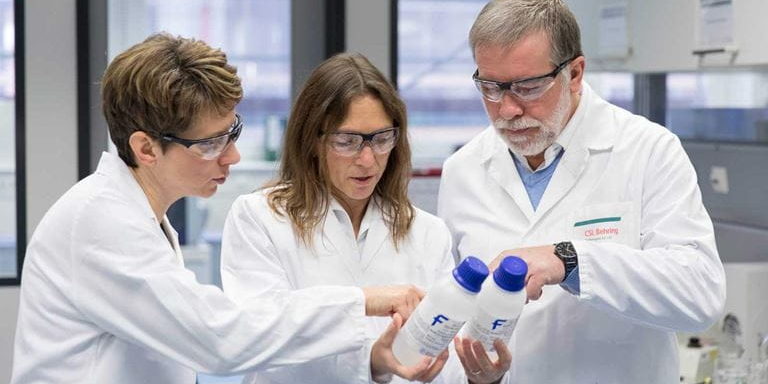 A new incubator to open in 2023 at CSL’s global headquarters in Melbourne, with capacity to host 40 startups, has attracted $95 million in support from CSL, the Walter and Eliza Hall Institute, the University of Melbourne and the Victorian government.

CSL said in a statement that the facility would occupy two floors of its new building at Parkville, currently under construction. One of these would be for wet labs and the other for office space.

“We are well positioned to support incubator residents, whose experience often lies purely within the lab, better understand commercial aspects of medicines development that may be foreign or new to them,” said CEO Paul Perrault.

It would be the “first and only” in the country to co-locate its inhabitants with a major biopharmaceutical company, CSL said in a statement on Tuesday.

Although the precinct was known “for its internationally competitive, high-quality scientific outputs,” it was behind its global precinct peers “when it comes to translating biotech inventions into spin-outs and commercial outcomes,” said Professor Doug Hilton, director of the WEHI.

“This collaboration will help to build a generation of corporate and management-skilled scientists who have the knowledge and confidence to run a successful biomed or biotech company and raise the calibre and quantity of translational outputs from the Melbourne Biomedical Precinct.”

The $95 million is in cash and in-kind support. The Victorian government’s Breakthrough Victoria Fund had contributed a “substantial” investment it said in a statement. The size of this was not given.

Applications from startups would be accepted from across the country and the world. More information can be found by contacting  [email protected]