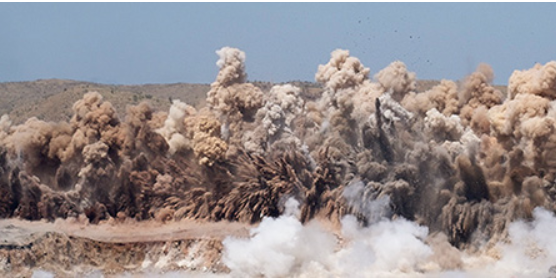 Explosives and chemical manufacturer Orica (ASX: ORI) has returned to protitability after a period marred by writedowns for plant breakdowns and writedowns following new IT implementations.

The company announced statutory Net Profit After Tax for the year ended 30 September of $245 million, compared to a $48 million loss in 2018.

NPAT before individually significant items was $372 million, up 15 per cent on the previous year.

As reported in @AuManufacturing news, Orica in May revealed $191 million in write downs stemming from IT changes and a major breakdown at its Burrup ammonium nitrate plant.

Equipment failures at its WA technical ammonium nitrate TAN explosives plant had a non-cash impact of $155 million, while it was also impacted by writing down IT assets no longer used with the adoption of a new ERP system.

Calderon said: “Orica’s manufacturing and cost performance is improving across the board.

“Volumes are growing and our market-leading technology solutions are gaining traction with customers. Our growth drivers are starting to deliver.”

The company’s explosives business is being driven by new wireless blasting technologies and the acquisition of the GroundProbe radar and laser minesite monitoring business.

“Increased penetration of our technology-based blasting solutions and contract wins have driven sales revenue nine per cent higher for the period.

“We are particularly pleased with the ongoing strong performance of our GroundProbe business which continues to deliver results ahead of expectations.”

Calderon said progress on rectification at Burrup continues in line with its plan, and the plant is expected to make a positive contribution to earnings from the second half of this financial year.

Burrup required major rebuild including the manufacture of new heat exchangers, drying drums and absorption columns before it was restarted earlier this year.

Orica anticipates higher earnings in the 2020 financial year, with earnings from the Burrup plant kicking in in the second half.

Capital expenditure is anticipated between $370 million and $390 million, excluding Burrup.