Saving through smarter energy use: Burgers to biogas 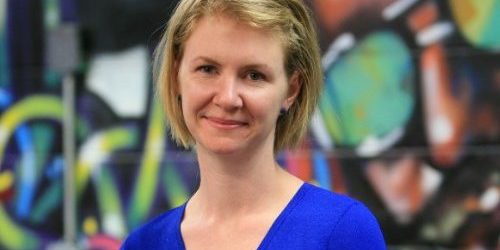 @AuManufacturing’s Saving through smarter energy use series continues with a look at repurposing food waste. Anna Minns writes that while the best scenario is to not create any waste at all, recycling options include anaerobic digestion to create biogas and fertiliser.

When it comes to renewable sources of energy, we know about power from the sun and the wind, as well as hydropower and geothermal power. One source of power that is less well known is biogas from food waste.

In Australia we generate a gargantuan amount of food waste. It is over 7.3m tonnes a year, an average 300kg per person! One-third of this comes from households, a third from farms, and a third from the food industry, retail and hospitality.

At my business, Gone for Good, we find sustainable solutions to food waste for commercial businesses. To do this, we adopt a circular economy approach, considering the hierarchy of food waste. Of course, the best thing to do is not create waste in the first place. But there are lots of reasons why this happens: the food expires, it becomes contaminated, the packaging becomes damaged in transport, or the product was labelled incorrectly.

So, if the waste cannot be prevented, the next best option is reuse via food rescue or an animal feed solution. There are lots of people doing lots of great work in rescuing food, like Foodbank, OzHarvest and Second Bite. There are also many farms that will take food for animal feedstock – as long as it’s not contaminated.

Once those options are exhausted, we look to recycling. This usually means composting or a biogas solution. Biogas is produced by putting food waste (or any biological material) in a tank with no oxygen (anaerobic digester) and letting bacteria break down the material. What is produced is methane-rich gas that can be used to generate electricity and heat. And a by-product after digestion is also a nutrient-rich fertiliser.

It is considered renewable because humans and animals will keep producing waste. Sydney Water and Melbourne Water use sewage as feedstock for their biogas plants. We recently prevented 18 tonnes of burger waste going to landfill by finding a biogas solution for it instead. The biogas plant powers its own site with the power generated from the biogas plant, and also powers up to 3000 homes.

Some farms use the technology to manage their waste problems onsite, and to power their operations. Blantyre Farms piggery in Young in NSW captures the methane from pig manure and turns this into electricity to power the farm and heat areas for the piglets.

The National Food Waste Strategy has an objective of halving the food waste going to landfill by 2030, and the NSW Government recently made the same commitment in the NSW Waste and Sustainable Materials Strategy. Part of this is a new scheme to incentivise the creation and use of biogas from waste.

Who knows? Your electricity may be coming from someone’s unwanted burger!

Anna Minns is the Founder of Boomerang Labs, Australia’s first circular economy Accelerator, helping circular startups grow and commercialise. She also established TerraCycle in Australia and New Zealand, a company that saw the circular opportunity and has thrived since its Australian launch in 2014.