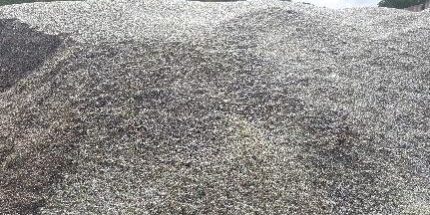 Using non-virgin materials has gained in importance as the number of places to dump our waste has shrunk, presenting challenges and opportunities for manufacturers. Brent Balinski spoke to XL Precast’s Danys Betancur about using glass in concrete.

“I grew up with the mentality of the concreter — you’d come to your site and you just absolutely concrete everything, including around your house, much as my dad did,” explains Danys Betancur, founder and CEO at XL Precast, with a laugh.

“Then we would spend the whole weekend hosing the driveway.”

The world is very different now, and so are his views on sustainability. About a decade ago he began to get interested in the subject, and among his current goals are spending as little water and carbon dioxide as possible while getting a job done.

“Spurts of reading” led Betancur to overseas efforts on recycled glass in concrete. Widespread adoption has been difficult, despite decades of research on the subject, though this could soon change.

About a year ago he approached the University of NSW to overcome some of the major challenges, such as the alkali-silica reaction. This is when chemicals in the cement and glass react to create a gel, which takes on water and expands, damaging the concrete over time.

There is an increased urgency to solve issues around glass as a substitute in aggregates.

In Australia, waste glass exports will be banned at the beginning of next year. According to the National Waste Report 2018, only 57 per cent of 1.1 million tonnes of glass used in 2016/17 was recycled.

Another looming problem is the depletion of sand useable as aggregate. Sand is the second-most-used natural resource after water, and makes up as much as 45 per cent of aggregates, along with gravel and other ingredients.

It is plentiful, but desert sand is too smooth and fine for concrete. An illustrative example is Australia exporting building-grade sand — which is extracted from sites such as riverbeds — to the UAE for the construction of the Burj Khalifa. Globally, this resource is being depleted at twice the rate it naturally occurs, according to one estimate, and it may be exhausted in the medium-term as increased urbanisation requires more and more of it.

To add to the environmental cost, cement production also contributes an estimated 8 per cent of greenhouse gases, both through carbon dioxide released when limestone is turned to lime, and through creating the heat required through this.

The UNSW team has helped XL defeat the ASR problem through methods including controlling the particle size of crushed glass and chemical additives. The group aims to have a final product that can replace as much as 15 per cent of cement and 40 per cent of sand with crushed glass.

This work has been supported through Innovation Connections and Advanced Manufacturing Growth Centre grants.

Another challenge has been dealing with contamination of reclaimed glass by sugars and other organic matter. 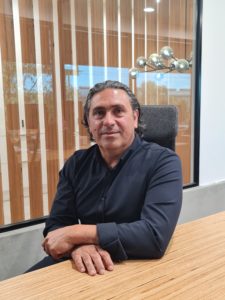 “I think if you really want to call yourself an environmentalist, which I do… really, your target should be getting from A to Z, truly sustainable” — Danys Betancur

The solution — like others — has been a trade-off, says Betancur, who says he is not totally happy with it. Drying through heat and therefore a lot of energy is used, though this was preferable to creating another waste stream by washing the glass.

A further difficulty has been a lack of facilities in Australia able to process the glass suitably, says Betancur.

“We’ve got, potentially, an industry there that is really in its infancy that needs to get a heap of investment from governments who say that they really want to help the environment, and entrepreneurs and individuals who’ll say ‘okay, we really care about the environment and we want put our money where our mouth is,’ he tells @AuManufacturing.

“In Australia today, there is not one company out there that is actually processing glass [that could] be a viable product for construction materials.”

Federal programs aimed at growing the recycling infrastructure to deal with waste export bans include the Recycling Modernisation Fund, budgeted at $190 million. Recycling is also one of the six priority areas picked as winners in the October Modern Manufacturing Strategy and its $1.3 billion Modern Manufacturing Initiative grant program, for which the industry is awaiting more detail.

XL is focussed on concrete products performing within the 20 – 40 MPA range.

When we speak to Betancur in November, he is hopeful the first products will be made in February or March at the earliest, soon followed by a line of bagged materials such as premix concrete, grout, and “anything else that uses sand that you buy in a hardware store.” Standards are comparatively easier to meet for such products.

He is optimistic others in the industry will follow XL’s lead.

”The agreement we have with the university is that they will be allowed to publish the results,” Betancur explains.

“They won’t give out all the formulas, because that’s intellectual property that we own. But there will be lots of findings that will be out in the public domain, and I’m actually hoping that other people will jump on board to say, ‘we can do that as well.’”

Another university collaboration is underway for XL to accurately quantify the carbon cost of its products.

Betancur says that his company and the rest of the building products industry have a lot to do to be more sustainable. He believes it and the government need to develop better measures to show which products are gentler on the environment than others: transparency addresses greenwashing.

“I think if you really want to call yourself an environmentalist, which I do… really, your target should be getting from A to Z, truly sustainable,” he says.