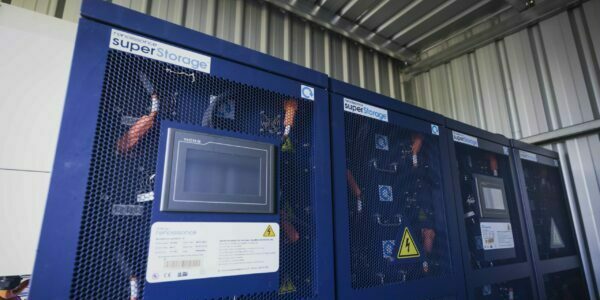 The owners of the Nikep Dairy Farm in southwest Victoria say they have cut reliance on grid energy by 95 per cent after installing a 250kW rooftop solar system and 520kWh battery system made by Energy Renaissance in Tomago, NSW.

The commercial dairy farm in Simpson was relying on patchy grid power and diesel generation, used for milking and cooling milk, as well as effluent management, it said.

The energy-intensive operation and reliance on grid power meant exposure to changing electricity prices, said John and Rochelle Pekin in a statement on Thursday.

“Having batteries also provide[s] us with energy security, knowing that we can continue to operate in the event of a grid outage,” they shared.

“In addition, the batteries can keep our cows being milked twice daily. Investing in clean energy goes beyond economic considerations for us as dairy farmers. We want to inspire others to do something now because we’re making our farm more sustainable, which is better for the environment.”

Nikep is a 450-hectare property, with 950 head of cows. Its operators approached Farming the Sky to install the system. The installation — which was assisted by the Victorian government’s On-Farm Action Plan program — won an award at Dairy Australia’s Great Southwest Dairy Awards in May.

“Working with CSIRO, we spent years perfecting our batteries for challenging environments like this, and it’s fantastic to see all that effort translate into lower costs, lower emissions and a more sustainable operation.”

Energy Renaissance is Australia’s first manufacturer of lithium ion batteries, designed for hot and humid environments. It currently operates a pilot-scale plant, with plans to open a nearby gigafactory.

The company announced this year that it had reached 92 per cent of its components produced in Australia, and aims to get to 100 per cent.