Technologies and tools for a manufacturing transformation: We need more robots in factories by Mark Peters 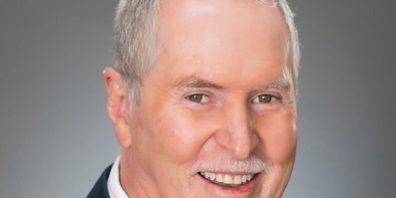 There are Australian manufacturing companies reaping the benefits of robotics investments, and we need more of them. In this installment of our “technologies and tools…” series, Mark Peters presents three local examples, and argues against the zero-sum view of automation versus jobs.

There is a strong case for Australian manufacturers to invest in robots.

Consider South Korea, Singapore, Germany and Japan. What do they each have in common? Besides being leading advanced manufacturing nations with high wage costs, they are also the top four for industrial robot adoption. Each is a wealthy country, and each has a strong manufacturing base, assisted by high levels of automation.

In my last article, I wrote about companies reshoring production to Australia, and the opportunities it can unlock in the areas of job growth, upskilling and product quality for Australian exports.

It is no coincidence that the three reshoring case studies cited involved investment in robotics to make each organisation more competitive. Automation is often misunderstood. It is usually associated with a zero-sum game view of loss in jobs, but the reality is that it can and does create new jobs – particularly in the pre and post-production steps of the manufacturing value-chain, or ‘Smiley Curve’.

The interest in the adoption of robotics and automation to unlock efficiency, quality and value were proven in the recently announced Manufacturing Modernisation Fund (MMF) – which I was privileged to chair.  When the call for submissions for the MMF was issued, the program was inundated with over 800 eligible applicants, many of which were looking to boost their businesses’ performance via automation. Below are a few examples.

ATP Science is a thriving health food and supplements business that placed in the AFR’s Fast 100 in 2019 and in 2018. It is investing $5 million, helped by a $1 million grant, in a new collagen protein bar line, “including a Combithermix, vacuum system, depositor, cooling system, robotic de-moulding units and robotic packing equipment.”

According to a recent interview, they are moving into a new, purpose-built factory to keep up with demand, and will “double the number of staff” at the new site. Automation is the enabler for growth. Bringing with it the ability to supply a greater number of clients in greater volumes and more importantly do so while developing the skills and opportunities for its workforce and the local economy.

Mark’s 4WD Adaptors make engine conversions, portal axles and other gear for off-road enthusiasts. It has customers all over the world. They received a boost through the MMF grant and put it towards an OTC robotic welding cell. It is all about higher efficiency and better quality, both among the benefits of adopting robotics.

Last year Robern Menz bought the Polly Waffle back from Nestle. This year they are investing to bring it back to consumers. Robern Menz says they will take on 38 new production jobs over the next two years to help meet the demand for the iconic chocolate bar.

Their total investment announced, titled “Transforming manufacturing for global markets” was worth $5.2 million, and includes installation of a robotic pack and fill station.

Consumer and medical plastics specialist Techno-Plas earned a grant earlier this year under the Next Generation Manufacturing Investment Programme. It is upping its capacity through three new robotic production cells at its injection moulding site. High-volume, high-quality plastics and robotics are a perfect match.

Adoption is not automatic

There is a strong case for Australian manufacturers to invest in robots. The benefits are clear.

We do have some work to go to catch up to the global leaders. As the Robotics Roadmap for Australia 2018 notes, our uptake (by installed units) grew a mere 1 percent between 2011 – 2016. The rest of the world’s leapt 56 percent over the period.

While the data from 2018 shows there is work needed, the significant uptake of the MMF, particularly around automation and robotics, shows that there are positive moves toward modernising by Australian manufacturers. Furthermore, robots are more accessible for SMEs, which make up the vast majority of Australian manufacturers and almost 90 percent of AMGC members.

Robots are a great equaliser for manufacturers in high-cost countries like Australia. We need more of them in our factories.