Anti-Tank Gun made by Holden under hammer 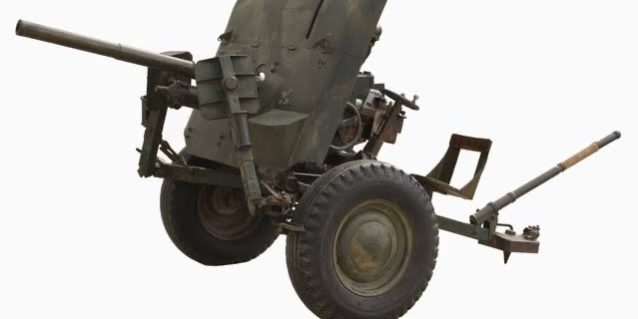 Items from a collection of over 10,000 pieces of military memorabilia could be banned from leaving Australia due to their heritage value, according to Lloyds Auctions.

A set of 14 auctions is to begin closing on Saturday, with pieces from the Rod Bellars Collection. Bellars passed away recently, and had built up his collection over 60 years

Among the items flagged by the federal government under the Protection of Movable Cultural Heritage Act 1986 was a 2 Pounder Anti-Tank Gun built by General Motors Holden for World War Two.

Under the act, such items must have a permit from the Department of Infrastructure, Transport, Regional Development and Communications if they are to leave the country, said Lee Hames, Chief Operations Officer for Lloyds, who said the federal government had emailed about some items in the collection.

“One of the items that the government specifically flagged was an Australian 2 Pounder Anti-Tank Gun built by General Motors Holden in 1942 in South Australia, where only 892 were manufactured locally and used by Australian Forces during World War II,” said Hames in a statement, adding that bidding was already over $25,000 with a couple of days to go.

“We commend the government for preserving and keeping history within Australia and we really hope that Australian museums and libraries perhaps purchase some of these items to display and preserve these significant pieces of history and honour them with educational purposes for many years to come.

“Perhaps Holden might even purchase the 2 Pounder Anti-Tank Gun to preserve and put on display at their head office.”

GM Holden had its origins in saddlery JA Holden & Co, established in 1856 and which produced goods for World War One.

The company evolved into Holden’s Motor Body Builders in 1919, and was then acquired by General Motors in 1931. It produced items including trucks, anti-tank and anti-aircraft guns, and aircraft components for World War Two.

Production of GMH cars ended in 2017 with the closure of the Elizabeth, South Australia factory.