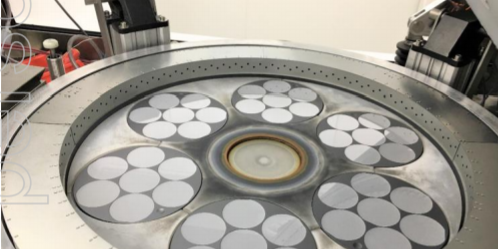 The first phase of the new project, announced on Thursday, will last 18 months, with a total of three phases.

It will see the Australian company supplying custom gallium nitride laser diodes and laser epitaxial wafers to Yale University to use in a photonic integrated circuit (PIC). These wafers will “pump a novel Yale laser design” to be made under the program.

“This opportunity allows BluGlass to showcase our capabilities in GaN Laser epitaxial growth technology, while demonstrating the integration of our technology into next generation laser applications such as Photonic Integrated Circuits, that could lead to further commercial opportunities,” said BluGlass Executive Vice President, Brad Siskavich.

DARPA’s Lasers for Universal Microscale Optical Systems (LUMOS) initiative aims to  combine integrated optical systems and photonics functionality into a single substrate. The statement says this is currently not done because the two technologies are “currently limited by the incompatibility of the materials used to create them – silicon photonics are easy to manufacture but are poor light emitters while compound semiconductors enable efficient emitters but are difficult to scale for use in complex integrated circuits.”

A device combining the two technologies will target applications such as “compact optical phased array LiDAR and neuromorphic optical computing.”

BluGlass was established in 2005, based on more than 15 years of R&D at Macquarie University on RPCVD, and listed in 2006.

In July it announced installation of its biggest over system, able to fabricate 6 x 6-inch or 42 x 2-inch wafers.

As reported by @AuManufacturing, this year BluGlass was also awarded a $250,000 Advanced Manufacturing Growth Centre grant to help scale up the size of wafers it can successfully coat, helping establish an advanced, high-throughput, laser diode foundry business in Australia.