Boffins and business – the tough journey from lab to market 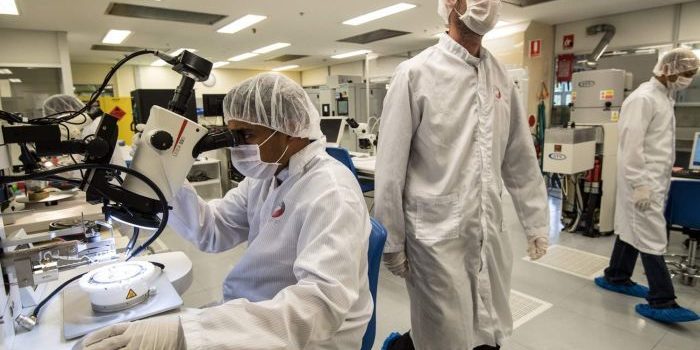 For a long time, Australian venture capital investment levels looked sickly. Freelancer’s Matt Barrie – a reliable source for journalists seeking a zippy quote on the country’s startup environment – pointed out in 2013 that, per capita, Australians were investing more in the Melbourne Cup than in venture capital, and at levels comparable to nations with economies underpinned by goat-herding.

Thankfully, things have improved since. A couple of weeks ago KPMG released figures showing local VC investment raised was at all-time highs last financial year, and more than seven times higher than the total for 2012/13.

New companies assembling physical things aren’t missing out, either, for example CSIRO drone mapping spin-out Emesent (which announced in November that it raised $3.5 million) and agricultural robotics startup Agerris (with its origins in the University of Sydney Australian Centre for Field Robotics) which in April made news through a $6.5 million raising.

Research spin-outs are vital, believes David Burt, the Executive Manager of the CSIRO ON accelerator program. He believes the national economy will be defined by how well “research-led early-stage commercialisation” is carried out. 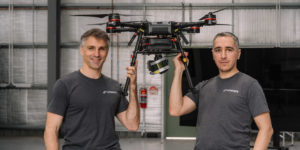 “We focus on providing them the tools, the knowledge, access to experts, and access to mentors and coaching so that they can decide for themselves what the best pathway is,” he tells @AuManufacturing of the program’s approach.

“Rather than have us come along and say, ‘Hey, we’re the experts. We think this is the answer.’”

According to ON, which began in 2015, 35 companies have been formed with its help, and 12 of them have raised over $40 million to commercialise their ideas.

The path to commercialisation can be a difficult thing for scientists. A survey of 1,400 Nature readers conducted in March 2017 is perhaps illustrative. It found that only 6 per cent had started companies; 47 per cent would consider it, but 72 per cent listed financial risk and insecurity the biggest barrier. 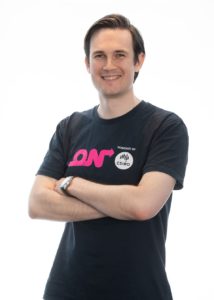 “For researchers in the manufacturing sector…a startup might be an attractive option.”
(Picture: http://www.oninnovation.com.au)

An effort to help address one of the barriers above is a new Menzies Science Entrepreneurship Fellowships, the result of a partnership between CSIRO ON and the Menzies Foundation, providing $90,000 in funding to three entrepreneurial scientists to dedicate a year to their idea.

“There’s so much risk involved, there maybe no investor there who’s willing to back them either, and so there’s this gap, this kind of valley of death that the partnership with the Menzies Foundation is aiming to alleviate,” Burt says of the fellowships, for which nominations open today.

“We’re not having exactly black and white criteria that you must leave your job or it must look like this, but what we’re going to be expecting is that the researcher will be putting 100 per cent of their effort towards the commercialisation of that technology. So depending on the context of the individuals, that might mean they quit their job, they go on leave without pay, it might be a paid sabbatical, which is open to some researchers in the university environment.”

Starting a company can be one way to transfer technology, but is not the only way.

Of more than 1,000 researchers Burt’s organisation has worked with over the last year, they have only helped 20 of them to start companies. Sometimes licensing a technology makes better sense, and sometimes open sourcing is the best way to make an impact.

However, for scientists who are entrepreneur-curious, a new business might be the best way to reach a market.

“For any researchers in the manufacturing sector, anything from novel materials to different industrial processes, all of these things involved that have complex business-to-business transactions, or global supply chain, huge value markets — a startup might be an attractive option,” says Burt.

(Further information on the fellowship program and application guidelines can be found here. Winners will be announced on September 11 at the CSIRO ON Tribe event in Melbourne.)