Bones and beyond: Australian team pushes wonder-ceramic towards commercialisation 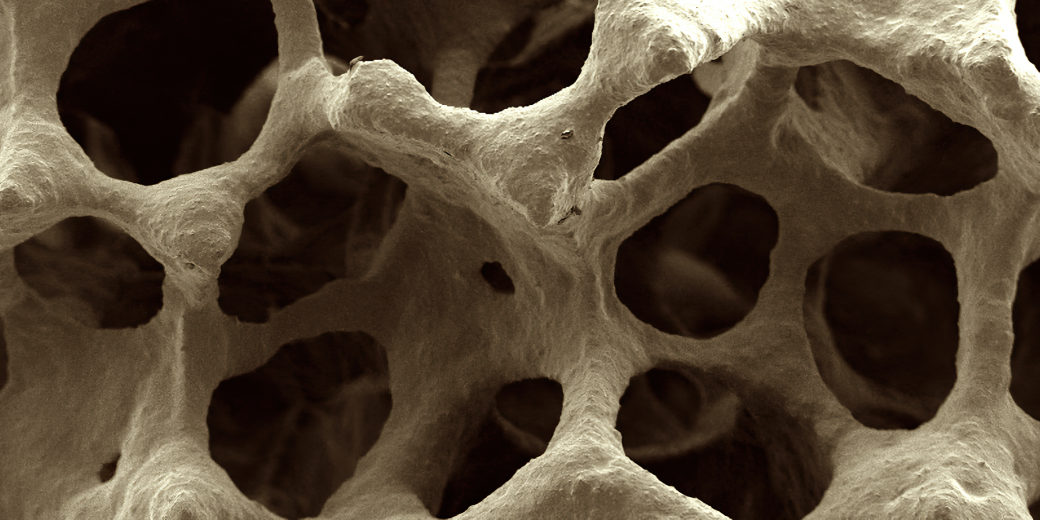 The old saying, “If it ain’t broke…” is one simple reason so little has changed in the world of orthopaedic surgery in the last 30 or so years, believes Robert Bell, Allegra Orthopaedics’ head of Technology and Innovation.

Bell, who joined the ASX-listed medtech company in April and is based in the US, cites the Charnley hip replacement, which came along in the 1960s, and says that progress hasn’t exactly been brisk since.

“The vast majority of the market is exactly the same — it’s a titanium piece of metal that they coat with hydroxyapatite, or they don’t coat and they use a cement,” Bell tells @AuManufacturing.

“The manufacturing method is pretty much unchanged. It’s just become more and more standardised. And the business is really just about constantly lowering prices.”

Allegra began collaborating with University of Sydney in 2014 on Strontium-hardystonite-Gahnite (or Sr-HT-Gahnite), an innovation they hope will be as era-defining as Charnley’s work. It has been developed as a porous bioceramic scaffold, which can be 3D printed, and can flex and allows weight bearing like bone.

It was invented by biomedical engineer Professor Hala Zreiquat, who currently directs the ARC Training Centre for Innovative BioEngineering. 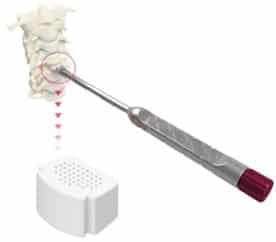 The ceramic is believed to have a vast array of surgical uses. One possibility is surgical screws. (See this @AuManufacturing interview with surgeon Dr Nick Hartnell, Chief Medical Advisor to Allegra and founder of BLT, which is developing surgical kits including novel tendon replacements using Sr-HT-Gahnite screws to fix these to bone.)

Such is Allegra’s belief in the ceramic’s potential that it bought the IP for it from University of Sydney in July last year.

The focus is currently on commercialising Sr-HT-Gahnite as a spinal cage implant, to be used in spinal fusion operations. Most spinal implants are made of titanium-aluminium-vanadium alloys or PEEK plastic.

So why didn’t this implant company examine metal 3D printing? This nation has produced numerous world firsts in metal AM for medicine.

It has to do with being an SME, and accordingly having to target the right niche, rather than one already spoken for.

“Allegra is a smaller company. We’re not a Stryker and we’re not a Zimmer. So for us to jump into a titanium product — why would we?” explains CEO Jenny Swain.

“Unless you change the design or change something, then every man and his dog has got metals covered.”

NEI’s R&D Manager Mark Helou says there’s great promise within and beyond medical devices for Sr-HT-Gahnite, adding that his company’s wide customer base would be a plus in understanding and exploring those.

Helou’s PhD is on optimising 3D printed metal lattice structures. Among past research programs, he was part of Horizon 2020-funded work on printing hydroxyapatite. He describes printed Sr-HT-Gahnite as a “much more valid” ceramic manufacturing process, and one with much wider usefulness.

“Once we have the manufacturing process down pat from Allegra’s side, we can look at how we enter different markets,” he tells @AuManufacturing.

Following a successful large animal pilot study of the spinal cage at South Australian Health and Medical Research Institute, the path ahead involves making “a pretty routine 510(k) submission” to the US Food and Drug Administration in 2022, says Bell, and approval for US sale expected in the third or fourth quarter.

Then regulatory approval will be sought in Europe and Australia, followed by development of medical and other new products.

The gahnite addition to the ceramic removes brittleness, enabling a material with a lot of appealing properties, both within and outside of medicine, says Bell.

“Allegra has not explored anything outside of medicine yet, but for sure this could be easily applied,” adds Helou.

“One [application might be] for ablation panels on spacecraft for heat dissipation — I’m not sure how much testing has been done on the strontium gahnite, but that might be a simple application, where you can just transfer and see if you can 3D print panels,” suggests Helou.

“That’s just something simple that comes to mind, but the different opportunities that we can [pursue] that haven’t been identified yet that might come up naturally as this product moves along.”

A previous version of this article said Sr-HT-Gahnite dissolves and “supports weight like bone.” These comments have been removed or altered.