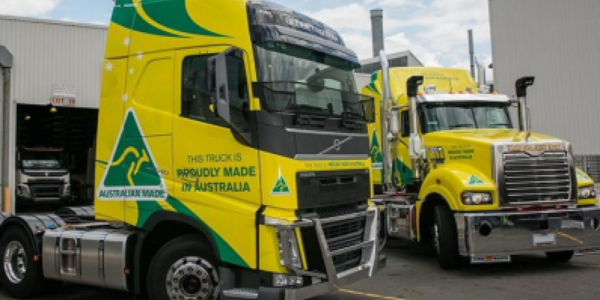 Today we launch our second Celebrating Australian Made editorial series, running this week and next. By Brent Balinski.

Reviews explaining the unprecedented result are to be written and the way history will remember the 2022 election is currently being formed. For us, given our pro-manufacturing bias, what stood out and what will linger is the amount of time and money devoted by contestants to show they were serious about growing Australia’s ability to manufacture.

It was a scramble to keep track of the almost-daily grant announcements for various programs — Trailblazers, the various Modern Manufacturing Initiative grant streams, and more, each program an effort by the then-government to show it was strengthening its six favoured sectors within manufacturing.

The then-opposition was not shy about the message that it, too, was eager to “rebuild manufacturing”. A major policy item was its $15 billion National Reconstruction Fund — comprising loans, guarantees and equity, the overwhelming majority of money allocated to beefing up manufacturing of some kind or other.

For us, a couple of sentences by new PM Anthony Albanese sum up the current and apparently bipartisan political mood: “Serious countries should make things. Serious countries can stand on their own two feet when it comes to manufacturing essentials.”

For years we seemed to grow comfortable with an unserious, hands-off approach to manufacturing, shrugging as an open economy, Dutch disease, and reflexive procurement of whatever was cheapest from wherever we could get it all played a role in shrinking manufacturing’s percentage of Australian GDP.

There was the occasional nod to wanting to be “a country that makes things” by the political class, but the real-world importance of “making things” seemed as vague as the phrase itself.

Of course, in the time between federal elections in 2019 and 2022, this nation (and every other) received a few massive kicks in the behind. For us, all it took was a plague. Plus a big shift in the relationship with our biggest trading partner. There was the slight possibility of world war, too.

Research published last year by the Advanced Manufacturing Growth Centre has found an increased appreciation of the industry: 72 per cent of Australians see it as important or very important, up 7 per cent since 2019.

And according to Roy Morgan polling for Australian Made this year, 89 per cent of Australians believe more manufacturing should be undertaken here.

Finally, we get it.

Which brings us to Australian Made Week, an important celebration of “making things” now in its second year.

To mark the occasion, we will be profiling the contributions of manufacturers. Acknowledging the diversity of the industry, we will do our best to capture some of that, featuring contract manufacturers, defence suppliers, a bed maker, an agricultural machinery company and more.

Today we are happy to launch our second Celebrating Australian Made series with two stories that couldn’t be more different: a look at an enduring fabric comb maker, plus an update from the biggest defence project currently underway in this nation. The boutique and billion-dollar.

Our interviewee in the former story, Jo Murphy of EFC Manufacturing Co, says she has witnessed a real shift in attitudes when it comes to buying Australian.

“I’m seeing a resurgence – and I know for myself as a consumer – in interest in the story behind products, and you do fall in love with the story,” she tells @AuManufacturing.

“And if it’s authentic and traditionally Australian: that honesty, integrity. There’s a real trust there. And I think that people are investing more, and I think we’re all a little bit the same.

“We’ve got so much stuff. Now we want good products, we want to spend a little bit more and we want to know it’ll last. And if something goes wrong, you know that you can contact that person, they’re within Australia and a phone call away and the problem will be fixed. So it’s good old customer service. I feel like we’re going back in time a little bit, and it feels good.”

The famous Australian Made, Australian Grown (AMAG) logo is the true mark of Aussie authenticity. It’s Australia’s most trusted, recognised and widely used country of origin symbol, and is underpinned by a third-party accreditation system, which ensures products that carry the logo are certified as ‘genuinely Australian’.

For more information on using the logo, visit this link.

We hope you enjoy the series, a fortnight-long celebration of manufacturing’s importance in a serious country.