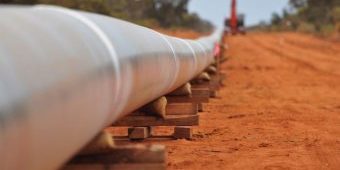 The chair of building products company CSR has said Australian manufacturers were paying gas prices similar to or greater than those in gas-poor Asian countries, and that this could end up sending companies offshore.

The Sydney Morning Herald reports that John Gillam said this “hinders all parts” of manufacturing.
“State and federal governments should be accessing the significant gas reserves in New South Wales and Victoria which do not require extensive investment in pipeline networks,” he said.
The comments come following an editorial by Manufacturing Australia chief executive Ben Eade, who wrote on Monday that Australian east coast companies were paying 150 per cent more for gas compared to a decade ago, whereas US manufacturers were paying 63 per cent less. He suggested NSW and Victoria follow the Queensland government in opening up new tenements on the condition industrial users are supplied.
The Energy Users Association of Australia released a discussion paper during the federal election campaign proposing options for reform including accelerated regulatory and market development, establishment of a Commonwealth Gas Company, and a domestic gas reservation. It warned there was a “tipping point” approaching in the next 12 – 18 months.
Dow Chemical recently mentioned gas prices among reasons behind a decision to shut its Altona plant, and polystyrene manufacturer Remapak shut in January, citing the gas crisis.
Picture: DBP