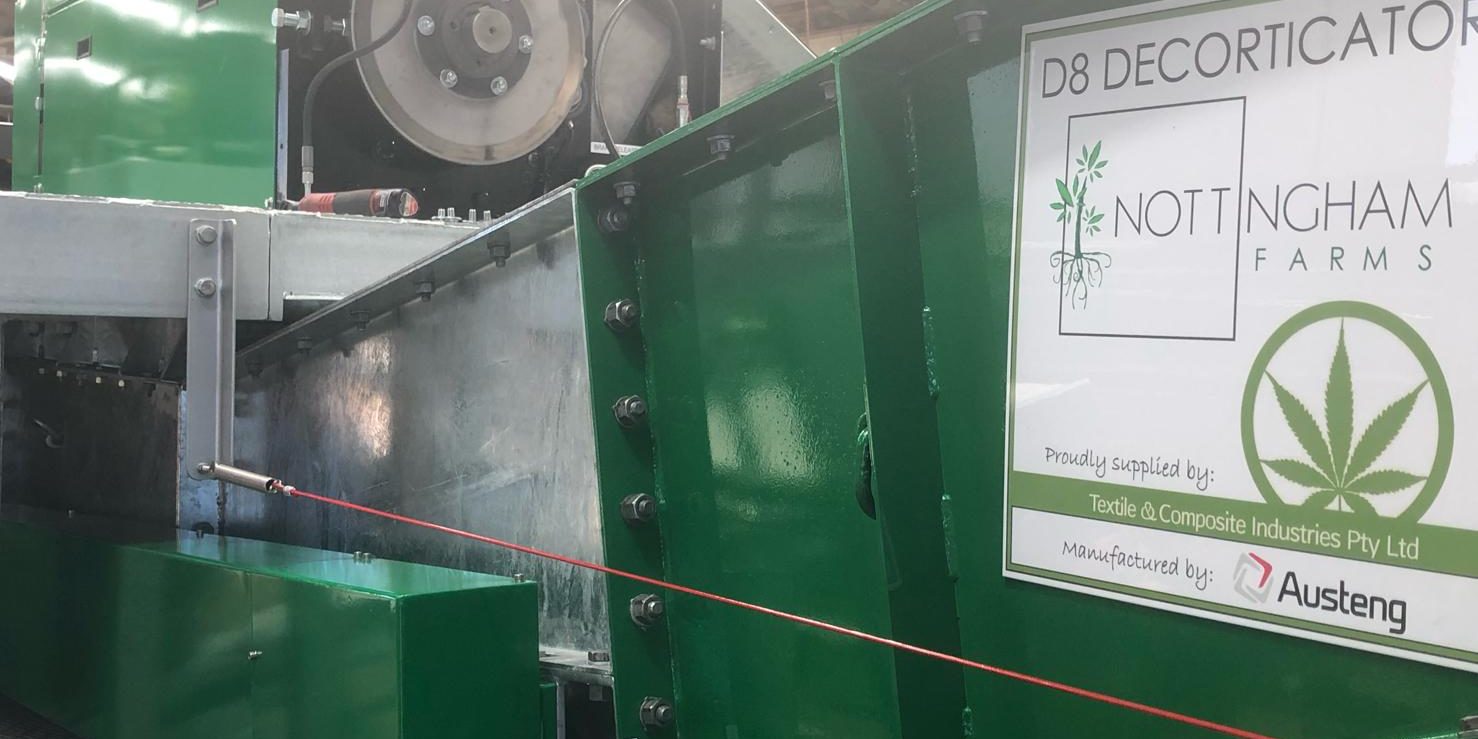 Textile & Composite Industries is exporting two of its D8 hemp decorticators to a farm in Pennsylvania.

The units, which retail for roughly $350,000, are the eighth generation of the machine, and are produced by Geelong engineering business Austeng. Founder of TCI, the late inventor Adrian Clarke, made his first machine in 1994.

“Our client will be providing a decortication service to other farmers in Pennsylvania, for a very affordable fee, that is good for the farmers and good for our owner/client,” TCI CEO & International Marketing Director, Charles Kovess, told @AuManufacturing.

The news follows another shipment, to a farm in Canada, announced in June.

TCI’s decorticators are designed to overcome the need for “retting” to separate the plant’s outer fibres from the woody core, or hurd, which Kovess calls a “10,000-year-old problem.” This traditional process of drying hemp over a period of weeks before being hammer-milled causes around nine-tenths of the plant to be lost.

Recent improvements include modularising parts of the machine to make it more manufacturable and to increase the ease of maintenance and repair. Hemp fibre is so strong “that it wraps around any part of any machine and stops it in its tracks,” explained Kovess.

“TCI is receiving enquiries from so many potential buyers with large tracts of good farming land that we will need to be able to produce significant numbers of the D8. This is very exciting,” he added.

“To mass produce, we want to separate out individual components and sublet making of them. The Manufacturing Group in Geelong is keen to support TCI in these endeavours.”

“Because of the vast range of products that can be made from hemp fibre and hurd, we confidently say that it is almost impossible to produce too much hemp: if there is over supply of a product, then farmers and manufacturers can switch to other products.”

Ongoing R&D with Austeng also includes in electronics, to enable remote monitoring of machine data, data logging that “informs the end customer and TCI and Austeng,” using this data to predict when parts might need replacement, and location of machinery to understand “where it’s working and monitor how much it’s working.”

The need for processing technology looks set to expand, according to forecasts of industrial hemp demand. 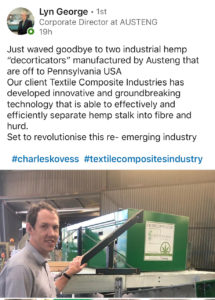 According to MarketsandMarkets, the global market is predicted to grow at 34 per cent a year – with the fastest-growing segment being hemp oils and the biggest market share in hemp foods – and will reach $US 26.6 billion in 2025.

Interest in industrial hemp within Australia has increased following the legalisation of medical cannabis in 2016 and hemp foods (from seeds) in November 2017.

The allowable level of THC (the psychoactive component) was recently increased from 0.35 per cent to 1 per cent in WA. The Northern Territory is moving towards a regulated hemp industry, with a bill introduced in May and passed in August allowing fibre and grain produced with up to 1 per cent THC and seed up to 0.5 per cent.

Besides food and drink, industrial hemp has promising applications including in textiles, building products, bioplastics and elsewhere.