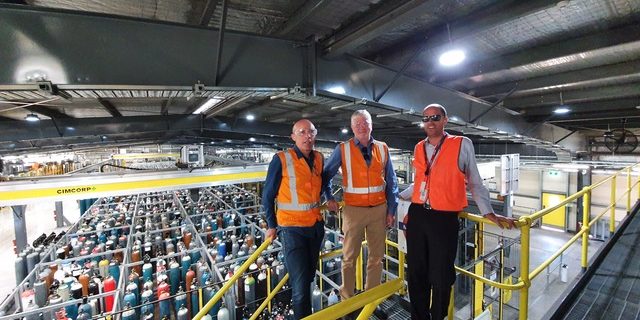 Hypersonix has officially announced BOC as its supplier of Australian-made green hydrogen for planned flights to space using a scramjet engine.

BOC had earlier been named as a supplier of hydrogen to Hypersonix, which announced a partnership last month with Boeing’s Research & Technology division (BR&T) for a joint study on scramjet-powered vehicles.

According to a statement on Wednesday from Hypersonix, green hydrogen was something Australia was poised to lead the world in, and the company shared with BOC a desire to “bring the principles of the Green Space to the small satellite launch market.”

Green hydrogen is made using green energy and water, splitting hydrogen from oxygen without greenhouse gas emissions for storage and use.

Hypersonix is commercialising a fifth-generation of its reusable SPARTAN scramjet engine. Scramjets (supersonic compression ramjet) are air-breathing engines. A vehicle is brought to a speed where air enters the motor and is compressed by the craft’s high velocity rather than a turbine.

An all-composite rocket using Hypersonix’s hydrogen-powered engine capable of Mach 12, or 12 times the speed of sound, according to the company. It plans to use this to “fly to space.”

“Both the automotive and the aviation sectors are well along the path to making the use of hydrogen fuel as a clean fuel option for day-to-day use,” said Chris Dolman, Business Development Manager, Clean Hydrogen, BOC.