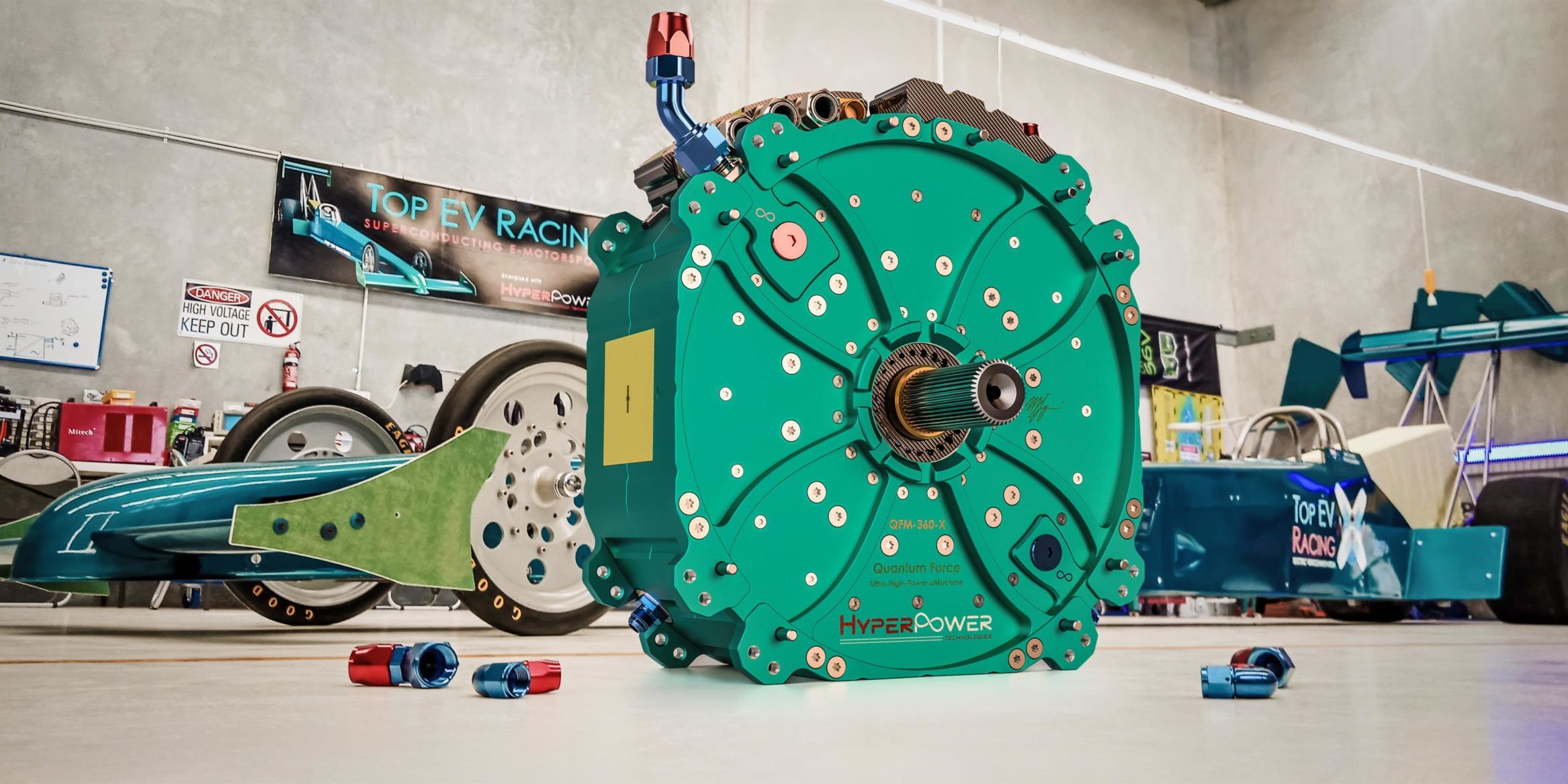 Last month a WA startup announced it had begun production of electric motors. Brent Balinski spoke to Michael Fragomeni, founder of HyperPower Technologies, about its plans.

Old arguments about who to blame for the end of Australian car assembly in 2017 resumed recently, following an announcement that the Holden brand will soon disappear altogether.

A more fruitful discussion is around the opportunities for Australian manufacturers created by electrification of cars and other transportation.

The momentum behind this is indisputable, though Australian sales of EVs lag other countries. For example, the Volkswagen Group – the world’s biggest car maker – has announced it will end development of internal combustion engines in 2026. Some have predicted the impending death of ICEs altogether. Whatever the case, the trend is clear, and it will likely intensify with improvements in range versus cost.

Within Australia, there are companies taking advantage of the electrified transport shift. Fast DC charger company Tritium and drivetrain maker SEA Electric are expanding internationally. Last month Eyre to There Aviation announced plans to manufacture up to 100 electric-powered training aircraft annually at Adelaide. Gold Coast propulsion company MagniX has partnered with Eviation, with a 2022 goal to commercialise the nine-seat Alice plane for flights of up to 1,000 miles.

Last month Perth’s HyperPower Technologies announced it had begun production of its eMotor, named QFM-360-X. According to the company, the motor has up to 1 MegaWatt output, and is “scalable in a common-shaft array to 10 MW (13,400 HP).” It is targeting customers in hyperloop, light rail and motorsport.

The business’s origins are in founder Michael Fragomeni’s long-running electric dragster project, Top EV Racing. The latter’s goals are a collection of world records – including a top speed of 612 kilometres an hour – as well as changing perceptions of what renewable energy-powered vehicles are capable of.

Below is an interview between @AuManufacturing and Fragomeni about HyperPower.

@AuManufacturing: Tell us about the origins of this enterprise, the size of the team, and what you do.

We’re developing custom components for that car, such as the motors, batteries, and other bits and pieces, too. We’ve spent quite some time getting here, with our innovations improving power and performance-wise. 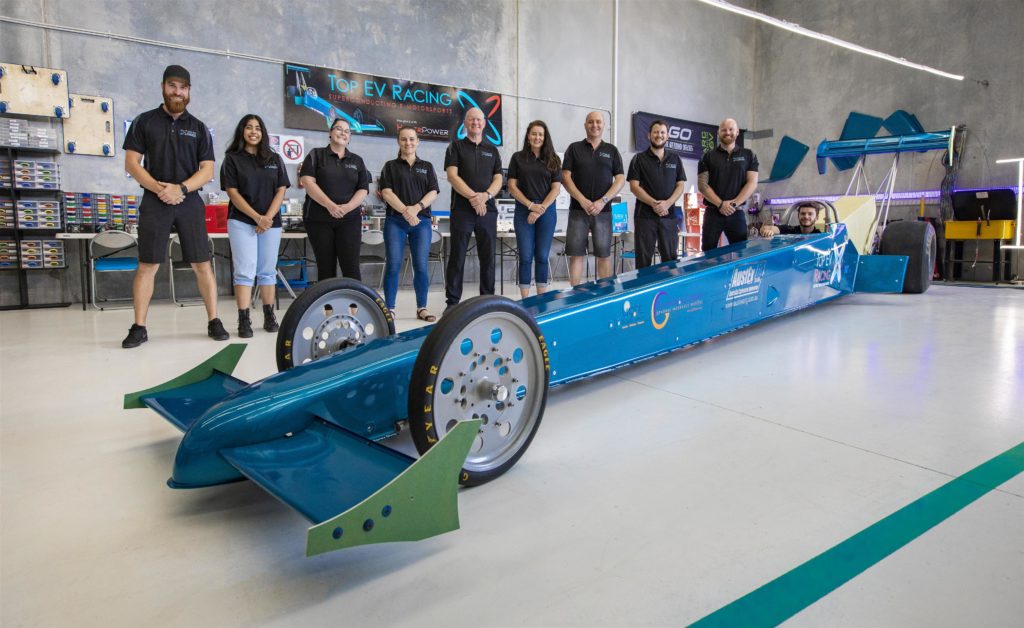 We knew that there would be commercialisation aspects of this. And we had quite a few inbound enquiries over the last year, year and a half, things started to get more serious with that. So we decided to spin off the IP that we’ve developed into a new company, and concentrated on commercialisation of the IP and production of components under that company HyperPower Pty Ltd, and trading as HyperPower Technologies.

So, Top EV Racing is the race car, automotive aspects, and racing, and the primary testing platform of the HyperPower components. And HyperPower is the component manufacturer.

@AuManufacturing: What’s the size of your team at the moment? And, what sort of people do you have working for you?

Michael Fragomeni: There’s ten of us, and we have eight great colleagues on our advisory panel.

So, we put the advisory panel in place, we have great people that were around us, and they’re helping with the commercialisation side. We spent a fair bit of time on the business getting things set up, so we can move forward with our IP, with production, with scale-up, building our team, jobs opportunities, and building sovereign capability.

@AuManufacturing: Tell us about getting investors. Has it been a challenge to get people to back your business.

Michael Fragomeni: it’s been a really interesting journey to date, and that’s not to say the journey’s over, by any means. It’s an interesting path going forward, too. Bootstrapping it to date, with partners and interested parties come along the way. Grants have opened up to us a little bit more as we’ve launched HyperPower with broader market applications opening up.

@AuManufacturing: We’d like to know also about customers so far, and applications these motors have ended up in.

Michael Fragomeni: Further to what the press release said – which is hyperloop, hypercars, and aerospace – mining is a great sector that’s proving to be quite a large market developing. There’s exciting directions at the fore. We see mining partnerships going forward, with pilot projects integrating our electric power and driveline componentry.

@AuManufacturing: Have you sold many motors so far?

Michael Fragomeni: We’re assembling a number of motors now, they’re in production. So this is the first run of our X-series motors, which is the full-size, full-scale motors that are going into the Top EV electric race car. We’re preparing motors some for pilot projects at the moment too. So it’s all underway.

@AuManufacturing: What about supply chain and assembly details? Tell me if you can source some of this stuff locally, or if it’s hard to find such suppliers, because you’re doing something there’s not a lot of in Australia.

Michael Fragomeni: our mandate is to develop and produce as much of our tech in-house as possible going forward. More raw material inputs, to then final product outputs. So as much as there is electronics, and sensors, and bearings, and seals and these kinds of things that you can source from great manufacturers around the world, we are very focused on raw material input, and bespoke high-end quality components.

@AuManufacturing: Everyone’s going electric in vehicles and in industry. There’s a lot of interest in doing so for a number of reasons. Tell me about where you see the opportunities, and why you’ve chosen to target what you’re targeting.

Michael Fragomeni: the opportunities are in zero emission targets and mandates. Everyone wants to reduce consumption and increase production in energy. Obviously, this rewards renewable energy sources. With our components, if it’s on the battery side, they can hybridise onto existing lithium energy storage products, and give the system a lot more current, initial current, startup current. It can power factor correct transmission lines and distribution systems, like overhead wires, or underground cables.

So you’ll see battery components like ours being used to make power generation distribution systems more efficient. And the motors are the same. With the motors, there’s more efficiency, there’s higher output capabilities, so you’re able to use fewer of the large heavy motors for the same kind of output.

What’s driving the interest in what we’re doing from partners and end use clients, besides the performance interests, is our higher power density, our components are very field serviceable, which is to keep maintenance quick and sharp, and keep things in operation without downtime.

And, with the smart sensing and control systems, too, and data systems that come with our products we’re able to see changes in the system long before they become obvious, or where if there is any maintenance, or anything required to intervene in the system, we should see those data signals much earlier than you normally would. And that really lends itself to machine learning and AI control.

You’re also getting a lot of smart data networks that are controlling generation, and the consumption of that energy, and matching those kind of loads. So our system allows app-type implications and applications to interface with what we’re doing. So we are attracted to the opportunities in these industries.

@AuManufacturing: It’s been a couple years since we’ve spoken about Top EV. How’s progress been on that front?

Michael Fragomeni: really good! Our facility and tooling has been growing. Our team has been getting bigger and better. And engineering continues through and through. We’ve made a lot of milestones beyond the production of the motors now underway.

Just a lot of behind-the-scenes engineering development, testing, innovation. And we can’t put a lot on social media. With Top EV Racing it’s a public front, and we want to get out there, and exhibit to everyone around the world. So it’s been kind of difficult to hold some of what we’re working on at bay, and keep showing some of the progress for the race car itself . Yet it’s onwards and upwards.

The development has been 11 years in the making, now. nine years full-time. It took me a couple of years to transition from everything I was doing previously to this.

Although it really is the same, this really was a continuation. So, we’ve spent a lot of time developing the business sides, developing the partnerships, developing the supply chain, developing our team, developing our products to a point where we have very low numbers of part number productions. Part of our motor will go into various industries, and we don’t have to bespoke, or make any unique changes to a product, which is labour-intensive and cost-intensive. So we’ve designed, really, the business, and the products will be quite modular, and scalable.

Scale-up readiness I think is the key word, especially in the last six months, here. So as production increases, and our demand increases, our company can provide more jobs and upskilling for people.